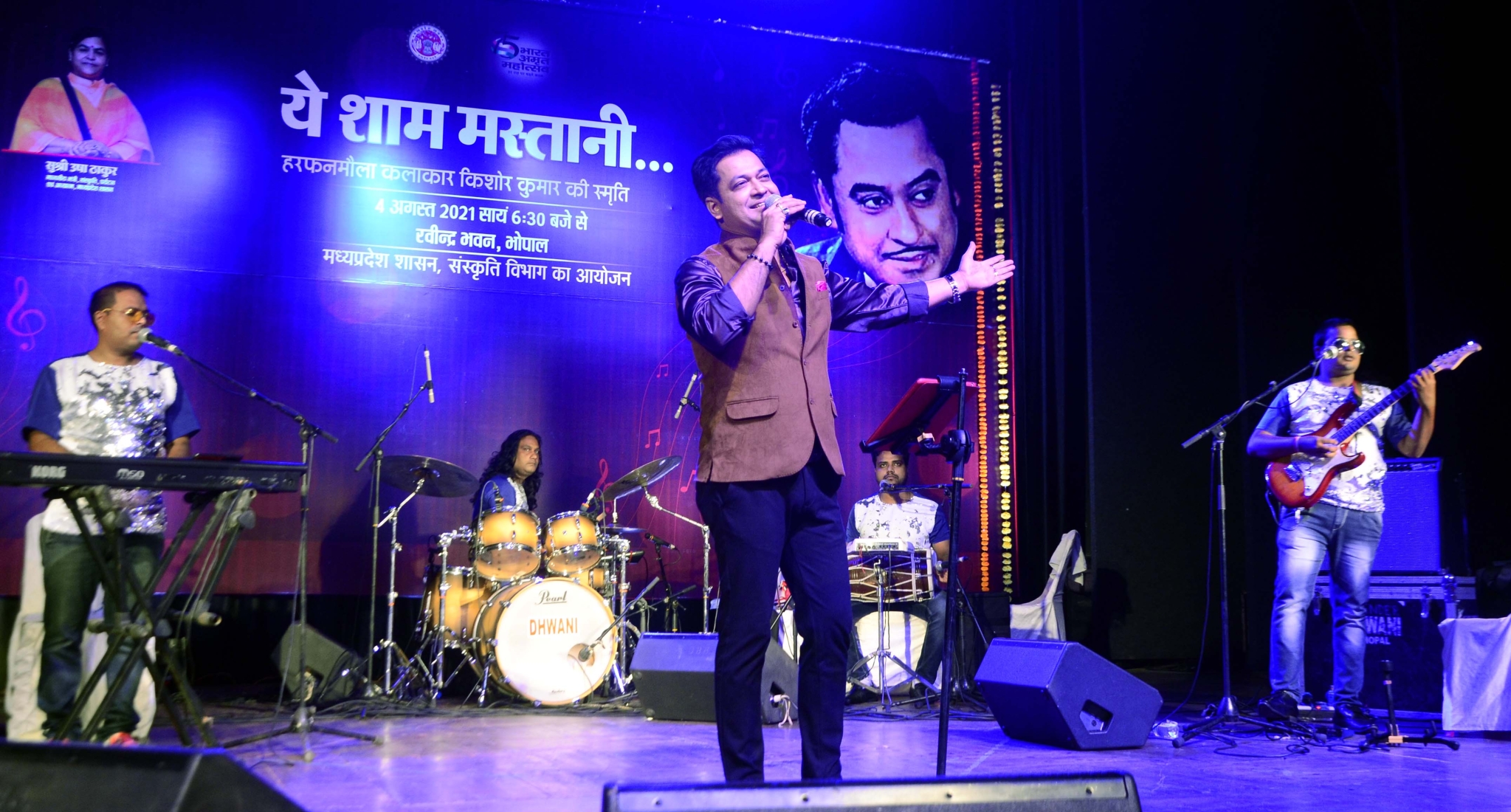 Bhopal: Singer Ravi K Tripathi and his troupe from Mumbai presented evergreen songs of Kishore Kumar at the auditorium of Ravindra Bhavan on Wednesday.

It was part of a concert ‘Ye Sham Mastani…,’ organised by the directorate of culture to mark the birth anniversary of playback singer Kishore Kumar. The concert was live but the audience was not allowed due to Covid-19 pandemic. It was for the first time that the concert was held without the audience.

Tripathi is playback singer, composer and music director. He competed on the television music reality show Indian Idol season 2 in 2006. Tripathi was the only Indian artist to have been invited to perform and represent India at the closing ceremony of Asian games 2010, in Guangzhou, China.

In 2005, he participated in the second season of Indian music reality show Indian Idol and was the top finalist. Tripathi hosted the singing reality show Close Up Performer on Doordarshan in 2008. His first solo album, Baatain, was released on 26 February 2009, by Times Music which received good response and in the same year he debuted in Bollywood with the song India Se Aaya Tera Dost from Bollywood film Chandni Chowk to China.

Culture and spiritual minister Usha Thakur was present in the event. She said multi-talented artiste like Kishore Kumar is born once in centuries. In the pandemic, the Culture Department is continuing to organise cultural activities and in the future too it will hold programme according to Kala Panchang, Thakur says.

The event was streamed on Tube channel https://bit.ly/culturempYT as well as Facebook page mpculturebpl.