Now, tiger 'Pancham' will be living in Green Zoological Rescue and Rehabilitation Centre (GZRC) at Jamnagar in Gujarat, which is owned by Reliance Group. Newly established on over 280 acres of land, GZRC is considered the world's biggest zoo, in terms of number and species of wild animals at one place.

As per the officials in Wild Life Department in Bhopal, a team of GZRC had visited here to complete legal procedures of transformation of big cat and had taken 'Pancham' to Jamnagar on Tuesday. Officials said that tiger was sent to the Jamnagar-based facility in a healthy condition.

The tiger was transferred to Gujarat following the direction and approval from the Central Zoo Authority (CZA), New Delhi. "The Central Zoo Authority has permitted to transfer tiger to Jamnagar zoo in January this year. Some leopards from Van Vihar Bhopal will also be sent to Jamnagar," a senior official from Madhya Pradesh's Wildlife Department told IANS on Wednesday.

As per the officials, Pancham was rescued and shifted to Bhopal's Van Vihar National Park in December 2020. Pancham was three-and-a-half-year-old when his canine teeth got damaged due to an unidentified reason. 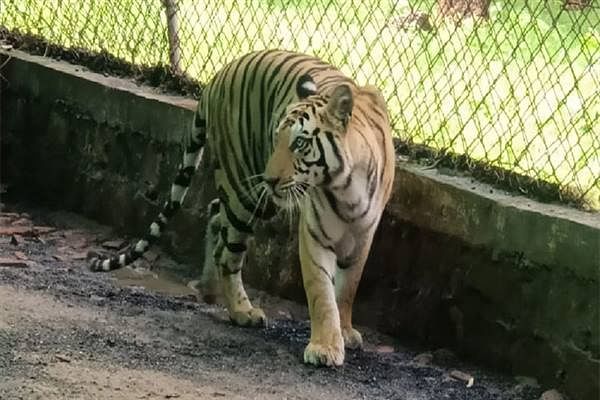