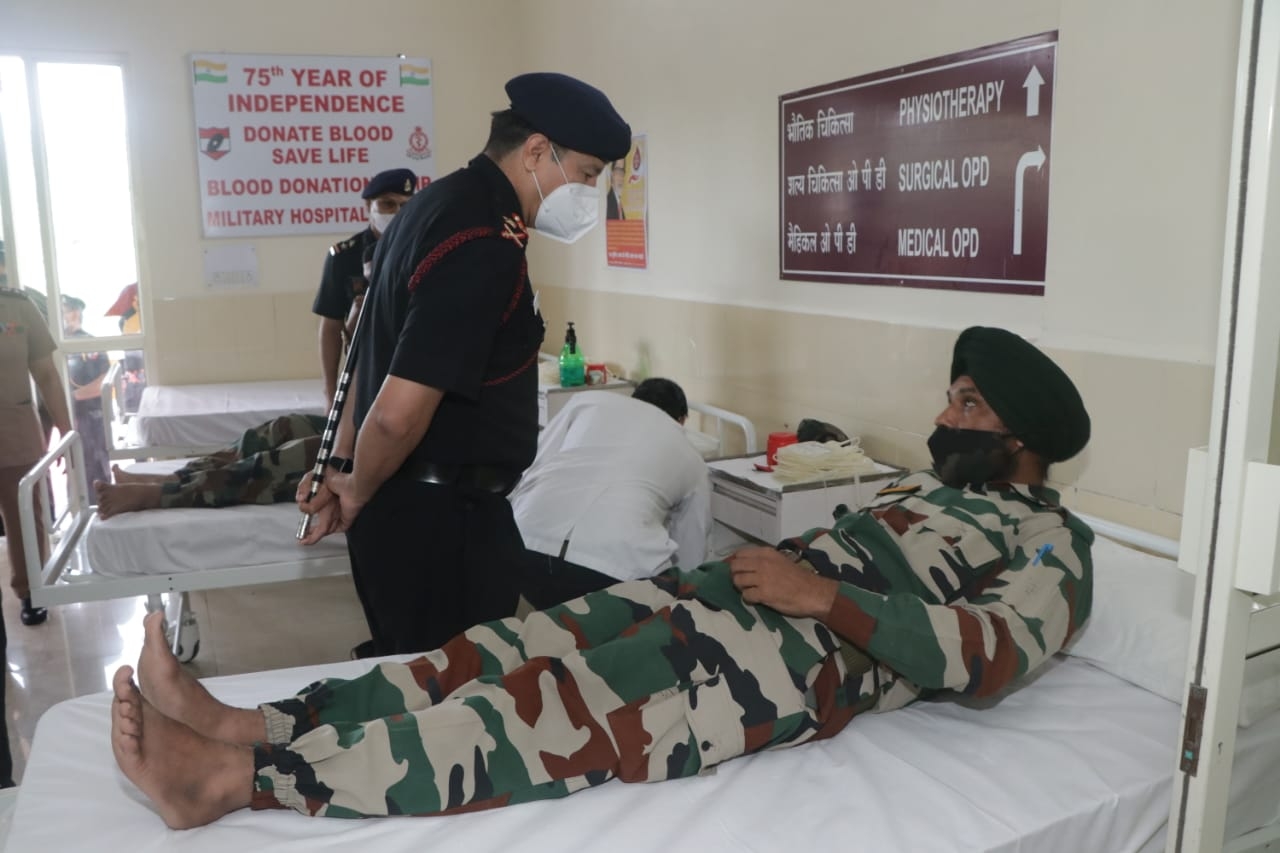 Major General Tripathi later met the blood donors and motivated everyone present during the occasion.

The camp was organised in association with GMC Blood Bank, Bhopal with all necessary COVID-19 precautions. An awareness lecture on the importance and technical aspects of Blood Donation was also conducted during the camp.

There was an active participation from all ranks of Sudarshan Chakra Corps. A total of 116 units of blood was collected and subsequently handed over to GMC blood bank.