Bhopal: Men-in-khaki patrol across MP on foot to reinforce public confidence in law and order machinery

Madhya Pradesh Director General of Police Sudhir Kumar Saxena along with police officers during a flag march ahead of festive season, in Bhopal on Saturday. | FP

Bhopal(Madhya Pradesh): ‘Men in khaki’ patrolled in their respective areas on foot in the state on Saturday, a move that is intended to show the power of police in MP. The Director General of Police also joined the march in Bhopal, said the officials on Saturday.

The move comes close on the heels of the DG conference, held in Lucknow in which it was stated by the keynote speaker ‘The foot patrolling of police on busy roads, markets and other places in the evening is an important aspect of basic policing. It is being felt from the past that there is a need to bring more activeness in this important mode of policing’.

Reinforcing public confidence in law and order machinery, the state top cop DGP Sudhir Saxena marched with his officers on the state roads.

Commissioner of police Bhopal, Makrand Deouskar told Free Press “ the march was taken out to instill confidence among the people about the law and order in the area. It was required to organise a foot march by the police on the busy city roads of and bylanes. The DGP thus decided to take out police march all across the state”. 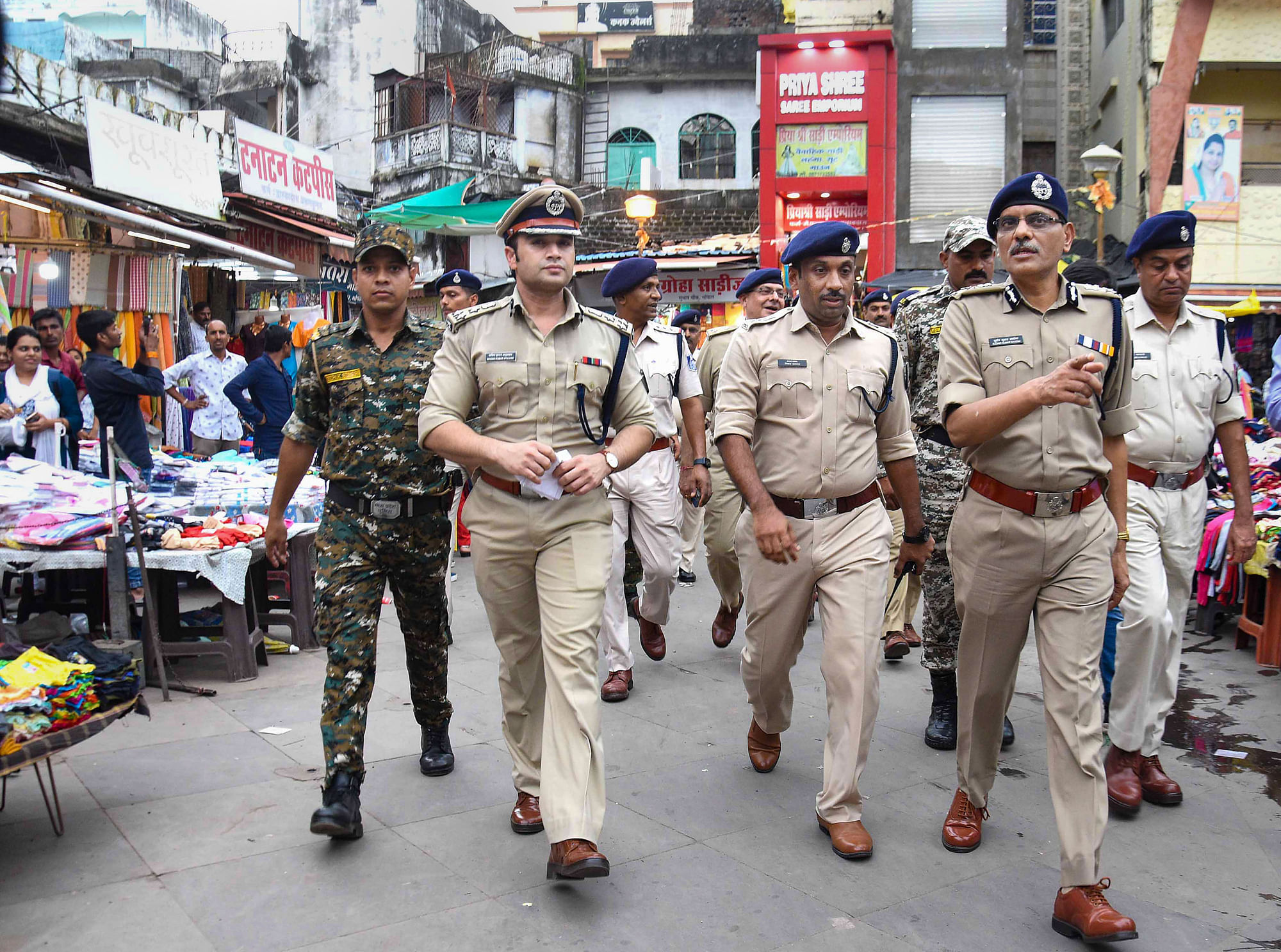 Madhya Pradesh Director General of Police Sudhir Kumar Saxena along with police officers during a flag march ahead of festive season, in Bhopal on Saturday. | -

He said “IG / Police Commissioner, DIG / Additional CP, SP / DCP, ASP / Additional DCP, SDOP / Assistant CP and in-charge of about one thousand police stations and 550 outposts of all zones of the state parked their presence in the march which was taken out from 6pm to 8pm”.

Patrolling was carried out on foot by senior officers across the state in congested and sensitive areas in their respective districts. During the foot march, the senior officers also interacted with the public.

Most of the areas where the march was taken out are sensitive from the point of view of law and order and processions and moving ceremonies on all important festivals pass through these areas. The police officers took stock of the police system during the visit. 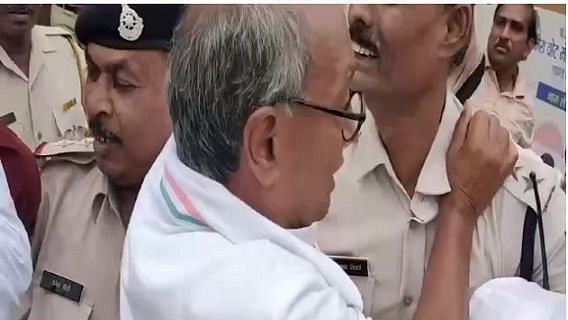 HomeBhopalBhopal: Men-in-khaki patrol across MP on foot to reinforce public confidence in law and order machinery