Bhopal: Meet BJP mayoral Candidate Malti Rai, who moves around on her 10-year-old scooty but is a millionaire

A BJP mayoral candidate Malti Rai who is pitted against Congress candidate Vibha Patel, moves around on an old scooty but owns a fortune.

She has an agriculture land possession of Rs three cr, whereas a bungalow which is of around 1500 sq ft. She also has gold ornaments of 390gms whose worth is Rs 20 lakhs. No criminal offense is registered against Malti Rai.

The BJP leader have a very low Savings in bank and she has only around Rs25,000 and cash, whereas her husband has cash amount of around Rs 45,000. The woman leader from Narela does not have a Mutual fund, She has a insurance of Rs 30 lakh.

The former corporator did her Bachelor’s in Arts and Master’s in Arts from Sofia College in Bhopal, whereas she did her intermediate education from Janta Kanya Umavi Shala Bina.

Her opponent Vibha Patel’s assets’ details were not known but according to a 2008 affidavit which she had filed during an election, Patel had a movable assets of around Rs 1.6lakh. Her net worth is around Rs 2 cr.

Meanwhile Congress party also holds a millionaire in their quiver. Sanjay Shukla the Indore mayoral candidate with a net worth of around Rs170cr has been pitted against Pushyamitra Bhargav of BJP in Indore. 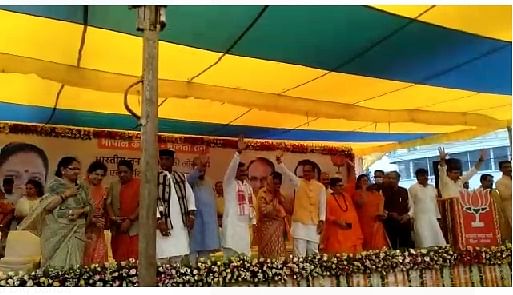 HomeBhopalBhopal: Meet BJP mayoral Candidate Malti Rai, who moves around on her 10-year-old scooty but is a millionaire