Bhopal: LoP approaches SEC against Morena and Bhind collectors over violation of MCC

Govind Singh has written that an order has been issued to deposit additional Rs 25,000 as the security amount

Bhopal (Madhya Pradesh): Leader of Opposition in state Assembly, Govind Singh has complained against collectors of Bhind and Morena districts for violation of the model code of conduct (MCC) and demanding more money as deposit against rules.

The LoP wrote a letter to the Chief Electoral Officer of the State Election Commissioner, BP Singh on Saturday. Govind Singh has written that, ' An order has been issued to deposit additional Rs 25,000 as the security amount. This has resulted in candidates with humble backgrounds being unable to submit their nominations.

Singh has demanded that local elections should be conducted according to the guidelines. The councilors' contenders are being directed by the collectors of Bhind and Morena districts to deposit additional security deposit .

Collector has debarred many people from their candidature by giving instructions to deposit an additional Rs 25,000.

Govind Singh has said that BJP wants the people of poor section not to contest elections. By promoting capitalists, BJP is considering them worthy of elections.

The officials from district administration clarified that the instruction was given with the aim of controlling the situation of conflict. Candidates and proposers have been told that their security deposit will be forfeited if they disturb the atmosphere. 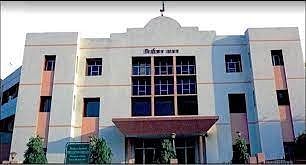 HomeBhopalBhopal: LoP approaches SEC against Morena and Bhind collectors over violation of MCC