Taking a dig at Congress, Madhya Pradesh Home minister Narottam Mishra said here on Tuesday that arrest of the mastermind of Khargone riot exposed the mindset of the Congress as to what sort of people it was patronising.

Khargone police arrested Shami Ullah recently and claimed he happened to be mastermind of the riot that took place over there during Ramnavami in April this year. The accused’s mother has been elected as a corporator on Congress ticket.

Talking to media persons the Home minister said the real character of the Congress got exposed which nurtured such people. Congress often raised questions against the ruling party leaders but why it didn’t see its own character.

Notably, Shami Ullah had been absconding since the riot took place and police announced a reward of Rs 10000 on his arrest. 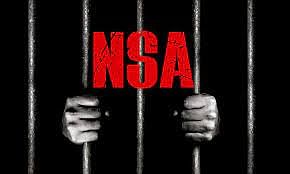