Bhopal: Hardik Patel will be in, as and when Gujarat party unit takes a call, JP Nadda

Nadda was addressing the media at BJP office in Bhopal.

Bhopal (Madhya Pradesh): Offering a cryptic response over the rumoured entry of Patidar leader Hardik Patel into the BJP, party national president JP Nadda here on Wednesday said that the matter is looked into by the party Gujarat unit.

Asked to confirm whether Patel who quit the Congress party recently, was joining the BJP on Thursday, Nadda who reached Bhopal, the Madhya Pradesh capital early in the day, said the Gujarat unit was looking into the matter and he (Hardik) will be in as and when the state unit takes a call.

Nadda was addressing the media at BJP office in Bhopal.

To add, there is a strong buzz that Patel who had shook the BJP in Gujarat with his Patidar agitation in year 2015, will be extended party membership on Thursday. Meanwhile there are reports of BJP-loyal Patidars not being too impressed with the entry of Patel in the party fold as the young leader, according to them, had dented the party sizably with his agitation.

Nadda was equally cryptic when a query regarding BJP face for Mission 2023 was hurled at him at the press briefing in Bhopal. I am not sure why this query keeps cropping up every now and then. We have a parliamentary board to decide the same in year 2023 , said Nadda adding in the same breath that Shivraj government was doing a great job in MP, all we can say at this point of time. 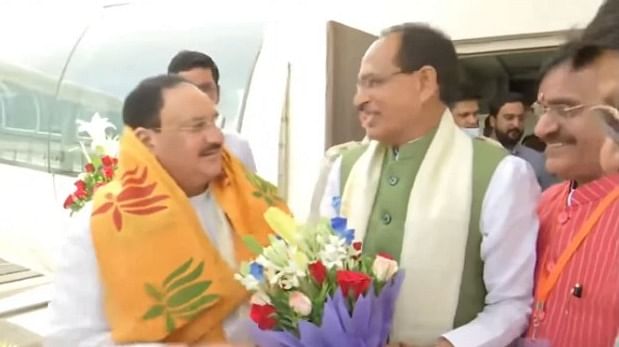 HomeBhopalBhopal: Hardik Patel will be in, as and when Gujarat party unit takes a call, JP Nadda