A 10-year-boy who came to Rani Kamlapati Railway station, from Kareli, Narsinghpur, was spotted by RPF. He reached the station in a persons’ car without informing his parents.

Bhopal (Madhya Pradesh): The Railway Protection Force rescued three minor children from different railway stations in the state in the last one week.

A 10-year-boy who came to Rani Kamlapati Railway station, from Kareli, Narsinghpur, was spotted by RPF. He reached the station in a persons’ car without informing his parents.

According to railway officials, an RPF constable spotted the boy roaming around on platform number 1 of Rani Kamlapati railway station. When inquired, he introduced himself as Dev Kumar Mehra, 10, son of Madan Mehra. He said his mother’s name was Lakshmi and they were residents of Kareli in Narsinghpur district. He also gave the mobile number of his parents.

He was handed over to Childline at Jai Prakash Hospital for maintenance and protection till his family members took him away.

She introduced herself as Raveena Joshi, 17, daughter of Sanjay Joshi, from Kalyan, Mumbai. She said, “I left home to go to Mumbai.”

Counsellor Kusum Kewat and team member Aarti Belvanshi, after her check-up at Government Hospital in Hoshangabad, handed her over to Women's Protection Institute in Hoshangabad. 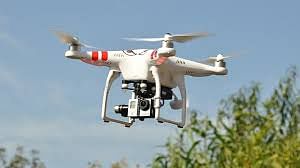