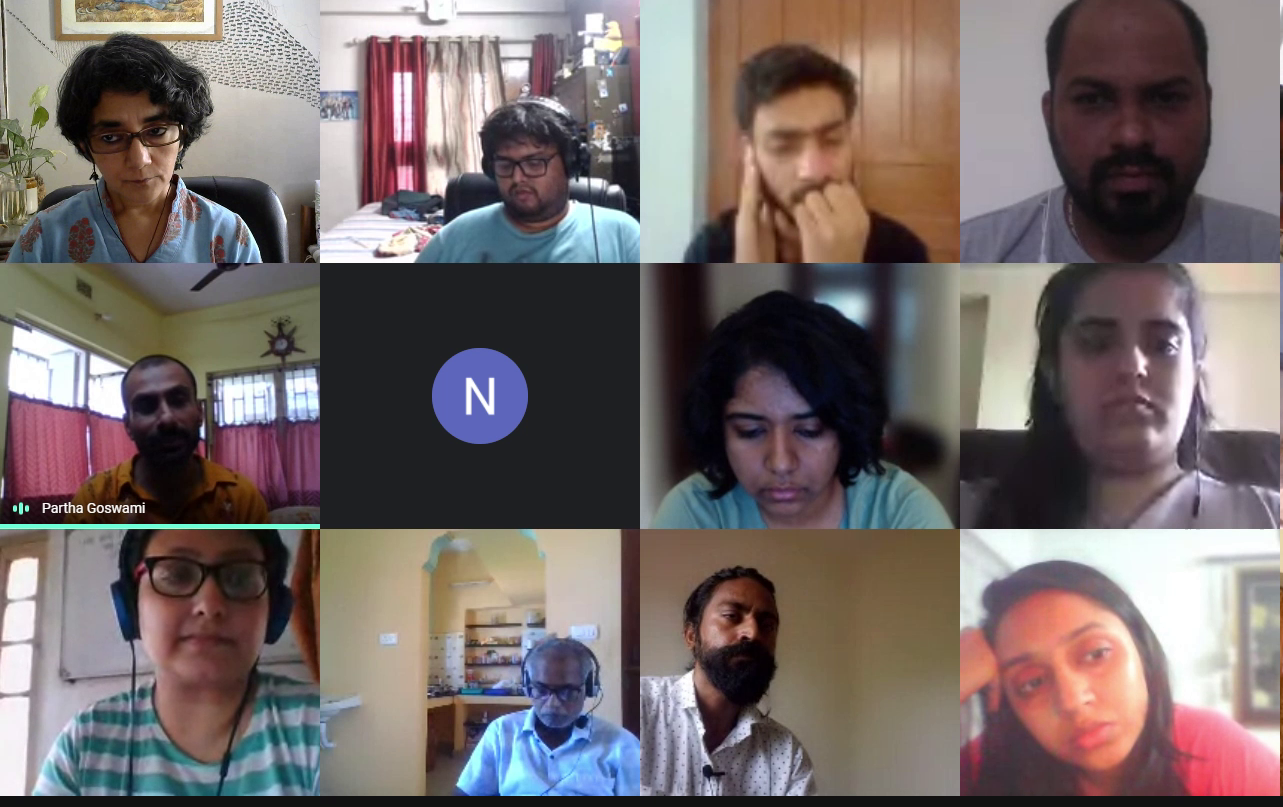 Bhopal: Club Literati organised a session on ‘Being Director’ that focused on learning the art of film-making by 13 young first-time film directors on Saturday.

The film directors made 13 shorts films as part of film mentoring programme ‘Being Director,’ conducted by Rajula Shah for FTII (online) in April-May 2021. Rajula studied cinema at the Film & TV Institute, Pune. Her films have been screened in festivals, museums.

Speaking about the session, Rajula said all films were made by first-time directors. The isolation and the lockdown required most of them to perform in their own films. “As many of us struggled to make sense of loss, grief, pain, and calamity unfolding every day, a lesson in film-making became an exercise in understanding ourselves, our times, the human predicament and also a way of processing loss,” she added. She also talked about key features and difficulties that one can face while directing films.

The next part of the session was the experience shared by the directors. The directors and their films were already shared with the audience two days prior to the event. The titles of films and their directors including Daur (Hindi) by Sarthak Kapoor, A Pause (Marathi) by Devaki Rahalkar, Swalp Viram (Marathi) by Shivdutt Vibhute, Wonderland (English) by Shreya Sahai, A New Journey (Bengali) by Partha Goswami, A Phase (Hindi) by Stuthi Thapliyal, Rabbit Hole (English) by Tushar Singhal, Ye Waqt Bhi Guzar Jayega (Hindi) by Ganesh Pareek, Doori (Hindi) by Hardik Singhal, Gamer (Hindi) by Tarush Garg, Sankraman (Marathi) by Chinmay Shrotri, Yaman (Hindi) by Snigdha Bannerji, Mukkur Swami Lockdown Hobby (Malayalam) by Mukesh Maruna. A film by Priyanka Mukharjee was shown at the session.

Club president Seema Raizada said it was the first of its kind session by club where filmmakers from six different states came together to showcase their art.