BHOPAL: Dalit woman has approached State Women Commission (SWC) complaining against police personnel for allegedly thrashing her. However, police have refuted the charges claiming that the woman has filed a fake complaint to protect her notorious sons, who are wanted in many criminal cases.

The woman has also released a video on social media narrating the incident and also released the copy of the complaint she made to the commission.

The woman in her complaint said that station in-charge of Kamlanagar Vijay Singh Sisodia and one another cop Dilip Singh allegedly thrashed her. The complainant said that she is a housemaid and lives alone in TT Nagar area. The woman has two sons, - Subhmam and Monty, who are listed criminal and are wanted by police. The woman said that she has severed her relationship with her sons for their wrongdoings and they do not live with her anymore.

Recently her two sons had a dispute with one Neeraj Mishra and Kamlanagar police had registered a case against the duo under section 307 of IPC.

Police have been looking for them and when they failed to find the duo, they called the woman and allegedly pressurised her to reveal their hideouts. When the woman expressed her helplessness, the police allegedly thrashed her.

While talking to Free Press TI, Sisodia said that Subhmam has as many as 46 FIRs and Monty 22 cases against him in Kamlanagar police station. The two are notorious criminals and they always take the shelter of their mother.  The woman is trying to mount pressure on police by filing a false complaint with the women commission to protect her sons. 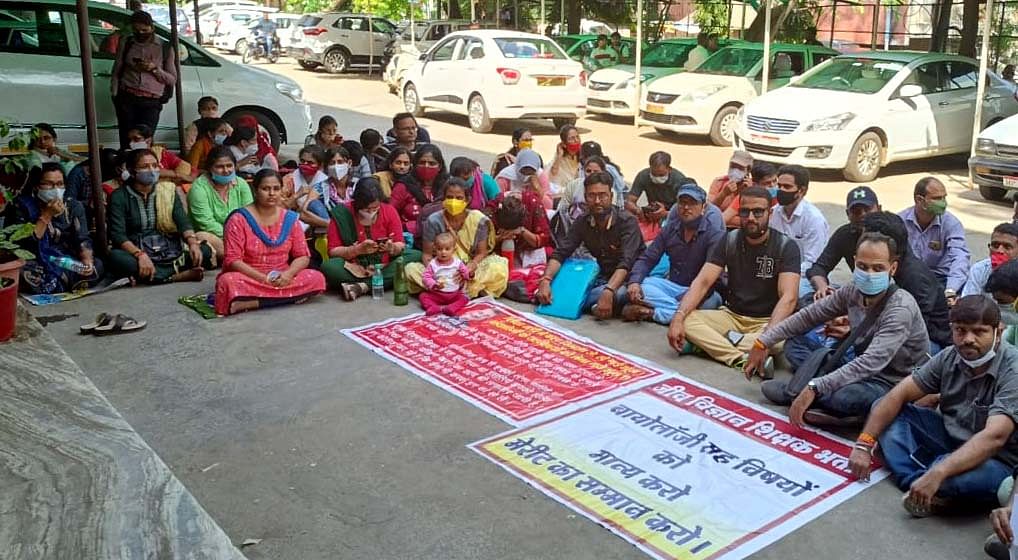