This is for the second time that the state government has renamed the exam conducting body.

Bhopal (Madhya Pradesh): The State government on Friday changed the name of MP Professional Examination Board, earlier known as Vyavsayik Pareeksha Mandal or Vyapam that had got embroiled in a controversy due to alleged rigging of exams for medical college admissions and job recruitment.

This is for the second time that the state government has renamed the exam conducting body.

"The decision to change the name of MP Professional Examination Board was taken by the state cabinet at its meeting on Friday," state Home Minister and government spokesman Narottam Mishra told reporters.

"The Aayog will now work under the general administration department," he added.

Earlier, it worked under the state's technical education department.

After the Vyapam scam rocked the state, the government had changed its name to MP Professional Examination Board.

The scam had come to light in 2013, wherein candidates had allegedly bribed officials and rigged exams by deploying imposters to write their answer-sheets. Some politicians, senior officials and businessmen were also allegedly involved in the irregularities. The CBI had taken over the investigation following the Supreme Court's order in 2015.

Meanwhile, Mishra said that the cabinet also took some other decisions, including provision of Rs 50 lakh to horse rider Faraz Khan, who is from the state, for his training for the 19th Asian Games, and also approved relief in DA payable to pensioners, government employees, teachers and panchayat secretary as announced by the chief minister earlier. 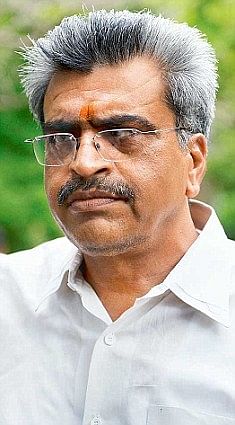