BHOPAL: The 33-year-old constable for whom his batch-mates had raised fund, after he was afflicted with coronavirus, died on Monday. He was undergoing treatment in a hospital as his lungs had severe infection. He was found positive on March 14 and was admitted in hospital but his report was negative on March 24. Ever since, he was in ICU for treatment of his lungs.

He died around 12 in night. The police department sent his body, as per his familyís wish, to their native village in Pachore police station at Umaria.

Vishwakarmaís batch-mates had raised Rs 1 lakh to help his family in the hour of crisis. Later, they also contributed Rs 50,000 when he was in the hospital. They stood by their family of their batch-mate during his tough time.

Police department was bearing for his medical expenses.

His last rites will be performed at his native district where police will give him a guard of honour. Five cops in Bhopal have lost their lives in this wave of corona.

Senior police officials, including deputy inspector general (DIG) Irshad Wali and SHOs were present when the body was sent to his village. 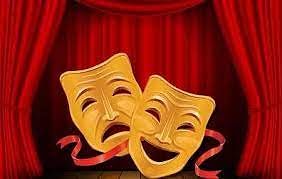