Bhopal (Madhya Pradesh): Congress workers took out a Cycle Rally here on Saturday to protest against the hikes in the prices of petroleum products. The police arrested the demonstrators for violating Section 144.

Talking to the media, Masood alleged that the BJP government was ignoring the pains of the common man. The price hike of petroleum products was not only burning a hole in the pockets of commuters, but was also creating problems for families who were finding it difficult to make both ends meet, they said.

Sharma said that the price of petrol had increased to Rs 110 in Bhopal city and, in some places, had even crossed Rs 112. Similarly, the cost of diesel is touching Rs 100 in the state.

Vikarnt Bhuria alleged that the government of Prime Minister Narendra Modi had failed on all fronts. Youths were running from pillar to post to get jobs and the GoI was ‘playing tricks on the common man’ to earn more tax from them, he added.

The rally, heading towards Governor’s House to hand over the memorandum, was stopped midway. The Congress leaders tried to cross the barricades, whereupon the police arrested MLA Masood and other Congressmen and later released them on bail. 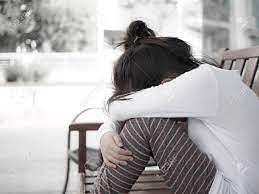