Bhopal: Congress complains against BJP for installing party flags at houses without permission

The party also complained about flouting Covid norms by the CM.
Staff Reporter 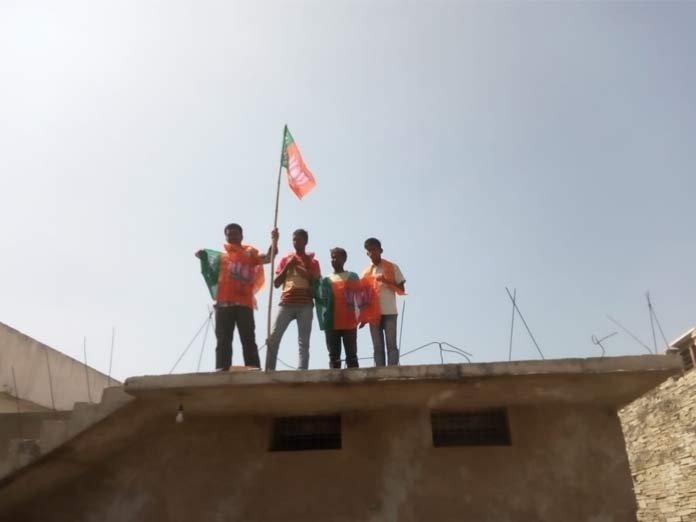 Bhopal: Congress has complained against the BJP for violating Covid guidelines, gathering crowds more than prescribed limits and installing party flags at houses without people’s permission.

Dhanopia said that basic norms of social distancing and wearing of masks were not followed in CM’s rally. The election commission should seek recording done by the district administration to confirm the allegations.

State BJP president VD Sharma started his Vijay Sankalp Dhwaj Campaign in Mohangarh in Prithvipur Assembly constituency by putting party flags atop houses without written permission of people much against the poll code. “According to rules, only five people can carry out election campaigning due to Covid but Sharma took out rally of hundreds of people in the assembly area throwing all norms to winds,” the Congress leader.

Congress has demanded that action should be taken against Shivraj Singh Chouhan and VD Sharma and FIR should be filed against them for violation of model code of conduct. Congress has also asked the election commission to ascertain the role of officials posted in that area who allowed breach of Covid guidelines and violation of poll code.

Madhya Pradesh: Congress is circus with no leader, says Chouhan at election meeting in Khandwa