Chouhan said, We should do an overall ranking. It should be just like Government of India does to rank the states. We should rank the districts in the same way.

Bhopal (Madhya Pradesh): Chief minister Shivraj Singh Chouhan asked collectors to do their best with an aim to create a history by effective implementation of development and humanitarian works.

He stated this during collector-commissioner conference that he addressed virtually from Mantralaya on Thursday. I want to say to all the collectors - whatever you are doing - you can create history. You should be able to tell that you have done this work during your service that can be example for others, he added.

Chouhan said, We should do an overall ranking. It should be just like Government of India does to rank the states. We should rank the districts in the same way.

Each district should be identified for development works and it should be completed within the time limit.

Create history with development works that were made in record time. Also do some humanitarian work - such as the work of setting up shelters, he suggested.

He said police stations should also be ranked on the basis of their performance and credit should be given to those who do well. Bhopal has done it very well, other districts should also adopt it, he added.

He said job fairs will be organised on February 25 again. Our campaign for self-employment will continue. Also, it is necessary to pay attention to schemes like Ujjwala Yojana, Ayushman Bharat, PM Svanidhi Yojana, he added.

Chouhan asked collectors to use their energy in executing welfare schemes.

I am satisfied that we have done a good job in implementing Centre's schemes. The work you do should reach people. We have given employment to more than 5 lakh people in two months. This is a big achievement, he remarked.

He said plans need be implemented in an efficient manner. Work with complete transparency. I recently visited Rain Basera at night to inspect arrangements. Why can't you do this?

Why should poor people sleep on pavement? Why should people remain hungry. If it's not our job to look into their problems, then whose job is this? he asked.

He warned officers of certain districts saying, I am focusing on districts where there are certain irregularities. I will verify and take action. If your subordinate is involved in some kind of irregularities, then you are also responsible for it.

Read Also
Bhopal: I wish to ask SP, Bhind why this carelessness, police station must have been in nexus, CM on... 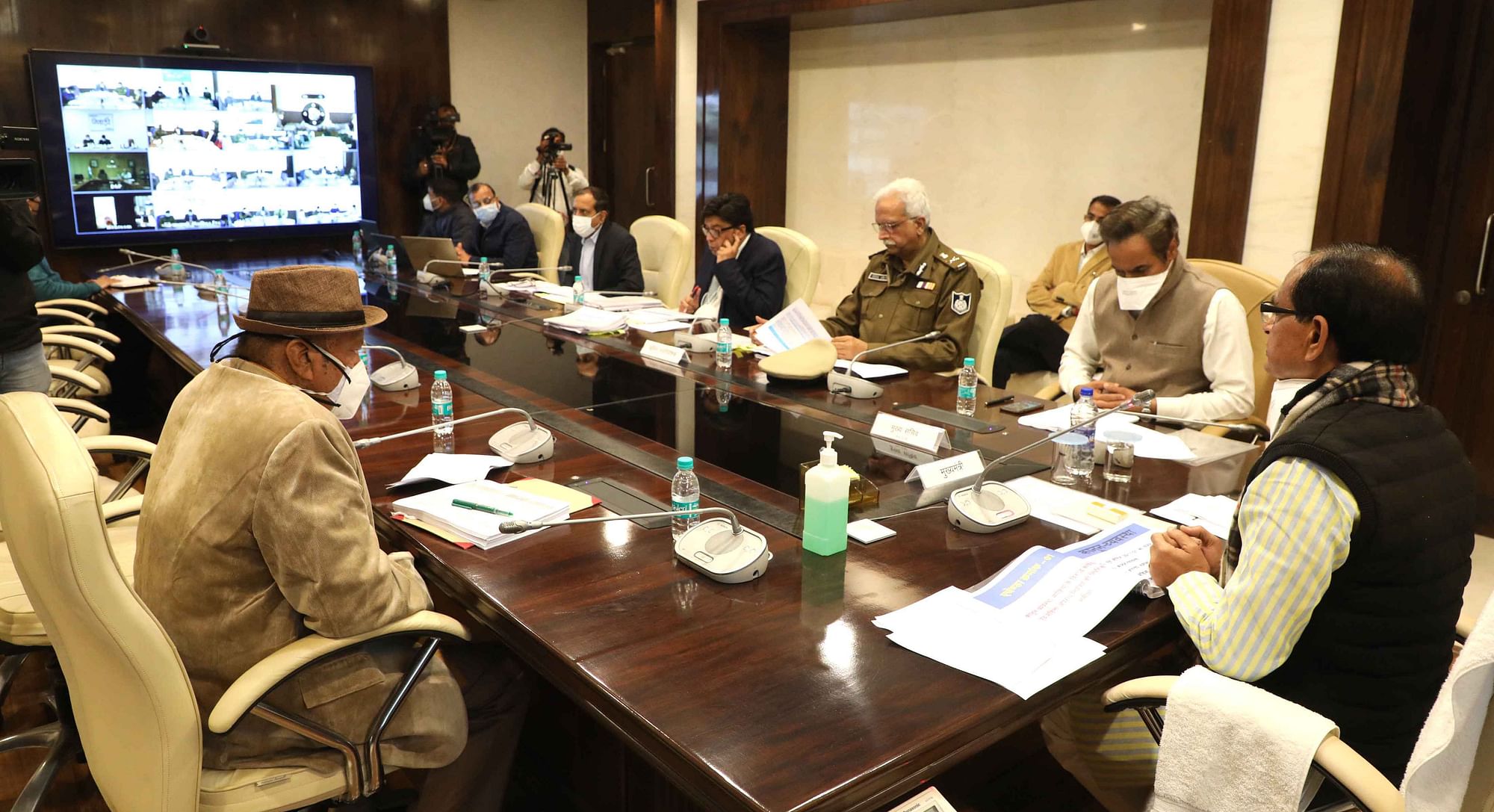