Crackers are charm of Diwali and it should not be spoiled by banning it, says Rameshwar Sharma
Staff Reporter 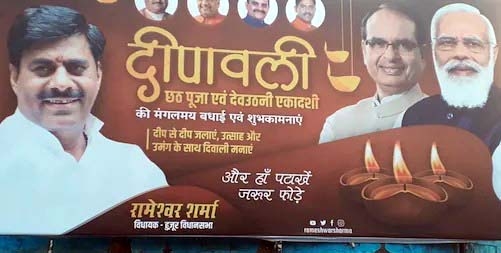 A poster with photos of MLA Rameshwar Sharma with PM Narendra Modi and CM Shivraj Singh Chouhan has been put up in the state capital appealing people to burst crackers on Diwali. T | FP

BHOPAL: Former Protem Speaker of Madhya Pradesh and BJP MLA Rameshwar Sharma, on Monday, advocated bursting of crackers on Diwali on ground that bursting crackers is the charm of the festival and it  should not be spoiled.

A poster with photos of MLA Rameshwar Sharma with PM Narendra Modi and CM Shivraj Singh Chouhan has been put up in the state capital appealing people to burst crackers on Diwali. The legislator has taken a totally different stand from what his government at Centre and State is advocating.

District collectors and superintendent of police (SPs) have already been asked to enforce a ban on sale, purchase of crackers.

Additional Chief Secretary Rajesh Rajora, after the court order on banning banned firecrackers that damage people's health, said that such crackers cannot be produced, stored, transported, sold and used. The state home department has imposed a ban on sale and trading of harmful crackers with immediate effect.

The instructions were issued by the Union ministry of home affairs to all the states’ chief secretaries. The Centre issued instructions on the basis of writ petitions filed in the Supreme Court and the order given.  According to government orders, the state government and police will take immediate, appropriate steps against anyone seeking to manufacture, sell or purchase harmful firecrackers.

MLA’s take…: The BJP legislator MLA Rameshwar Sharma, while talking to Free Press, said, “All crackers have not been banned. So people can burst crackers which are not prohibited. Besides, we should not spoil the charm of Diwali. Bursting crackers is part of Diwali celebrations and holds importance. Those who burst crackers on the defeat of India in a T20 match, hardly bothered about the order of the government or the court.” 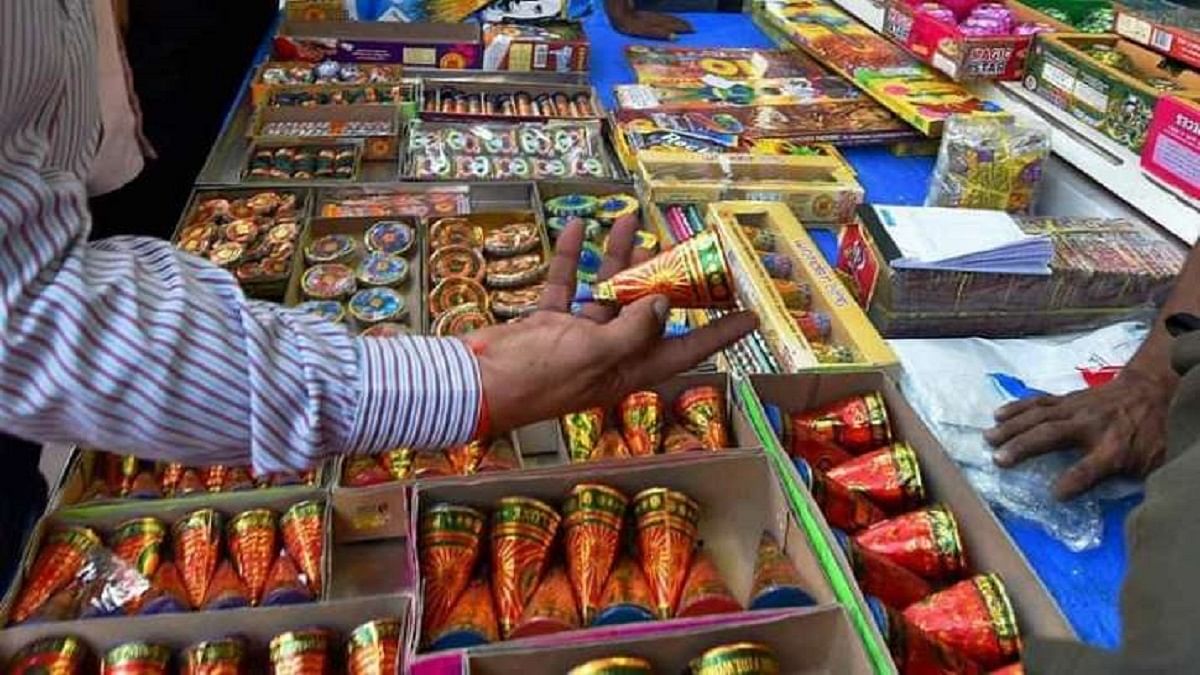 This Diwali only Green Crackers in Bhopal