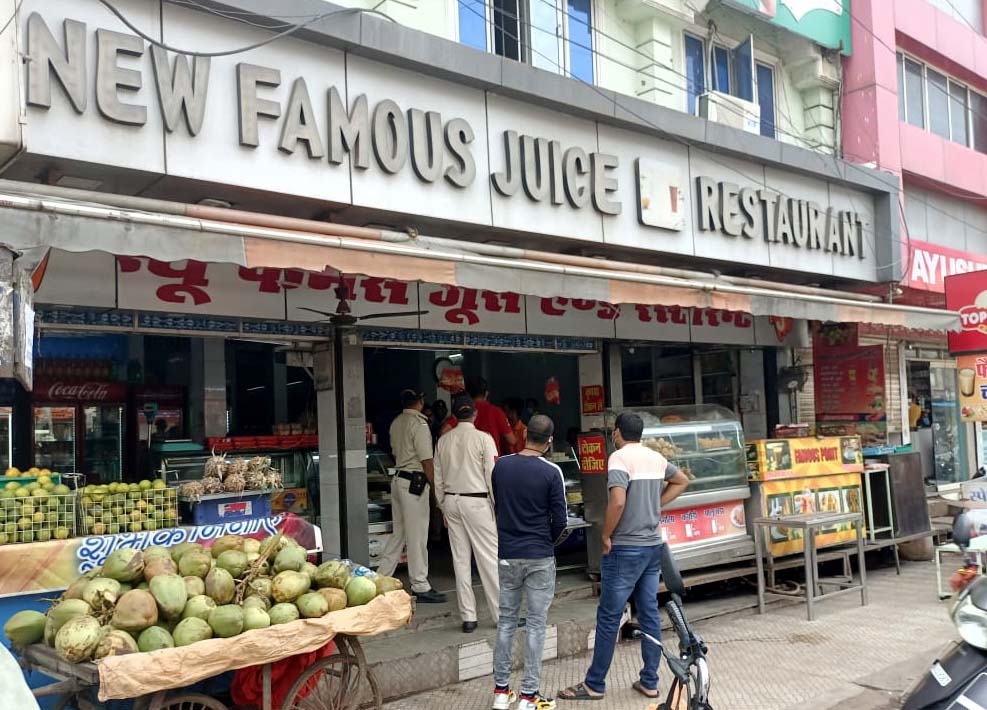 Officials during inspection at the New Famous Juice Corner and Restaurant, in Ashok Garden, Bhopal on Sunday |

BHOPAL: Fungus-infested sweets, rotten fruits, biscuits after expiration date were recovered from New Famous Juice Corner and Restaurant, at Ashok Garden, on Sunday. A joint team of Food and Drug Administration (FDA), Food department and district administration, led by Sub –Divisional Magistrate (SDM) (Govindpura) Manoj Verma conducted inspection at the joint. The restaurant was also found using domestic LPG. The officials found fungal-infested sweets, rotten fruits and biscuits of the 2019 expiry date. The officials collected the samples of sweets and other eatables from the restaurant and sent them for test.

Complaints against the restaurants were made earlier too but no action was initiated against it. 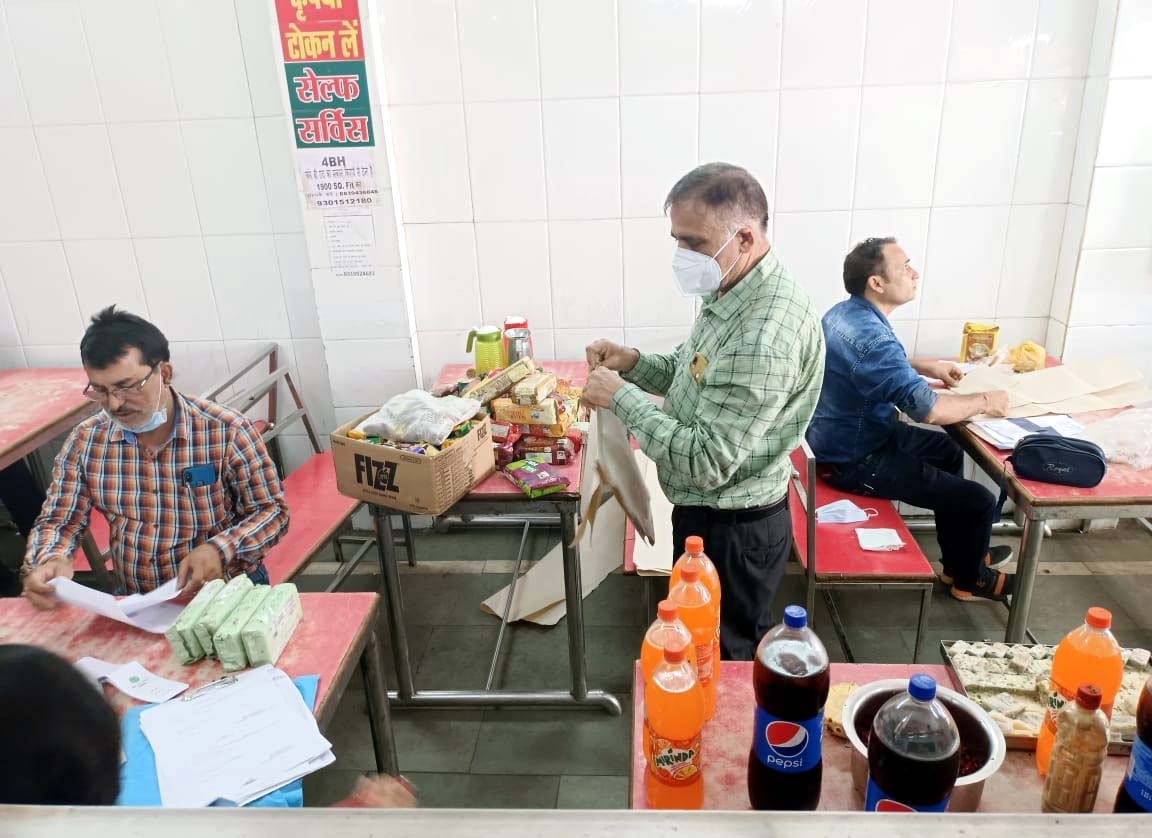 Sub –Divisional Magistrate (SDM) (Govindpura) Manoj Verma while talking to Free Press said, “ the teams of three departments—FDA, Food and Civil supplies and District administration carried out the inspection. We found fungal-infected sweets and year 2019 biscuits packets. Rotten fruits and other packets of items of expiry date were found in abundance.”

SDM further said, “Complaints were made against Juice centre for a long time but today (Sunday), a joint team conducted a raid on the restaurant. As domestic LPG cylinder was being used, food and civil supplies department looked after it. Complaints received were not only for the low quality food items, but the complaints were also made regarding the restaurant running till late at night and parking on roads. The hygiene in kitchen was poor.” 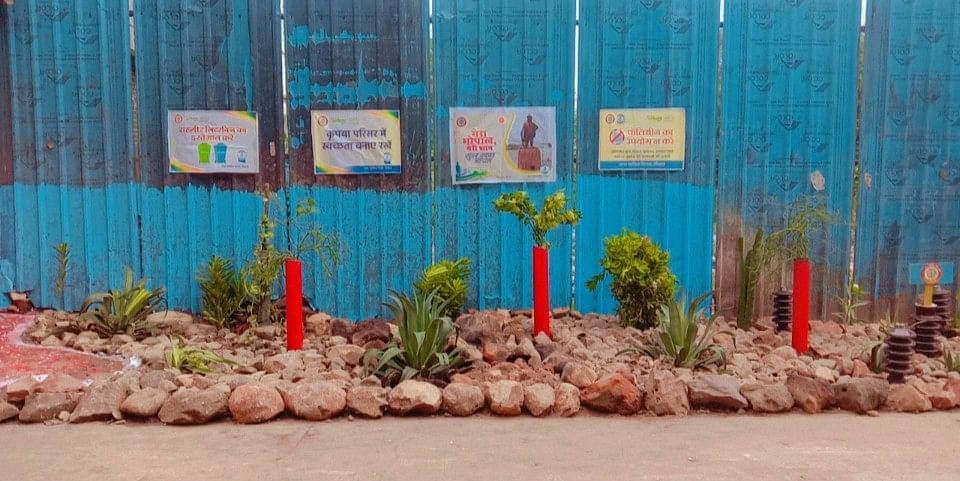