Siding with Pakistan is ingrained in Congress’s DNA, says CM. Nath distances himself from Singh’s remark

Bhopal (Madhya Pradesh): Former chief minister Digvijaya Singh who has returned to the mainstream of the Congress after a long time has again invited trouble for himself. He sought evidence on surgical strike conducted by the Indian Army in Balakot.

Although the Congress has distanced itself from Singh’s statement, the BJP has got an arsenal an opportunity to attack the Congress.

Walking with Rahul Gandhi, Singh is demoralising the army, Chouhan said, adding that the statement indicated that the party stood by Pakistan. Chouhan wanted to know what kind of Bharat Jodo Yatra (BJY) Rahul is conducting, because the members of Tukde Tukde gang are taking part in it.

The Congress had already made its stand clear on the issue and that the party’s state is his stand, Nath said. The party had sidelined Singh for a long time. During the BJY he has returned to the mainstream of the party.

Rahul Gandhi, too, has distanced himself from Singh’s statement demanding evidence on Balakot air strike.

It clearly indicates that the Congress is angry about Singh’s statement.

Digvijay should be tied to fighter plane: Rameshwar

Reacting to Digvijaya Singh’s statement, BJP legislator Rameshwar Sharma made a strange remark. Sharma said that the next time Digvijaya should be tied to a fighter plane and taken to the spot, so that he might see with his own eyes the destructions Pakistan had faced.

Actually, Digvijaya lives in India but sings in praise of Pakistan, Sharma said. 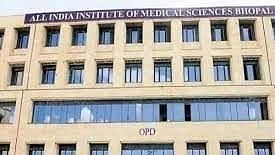