They blackmailed the victim for alleged illicit relationship.

Bhopal: An interesting case surfaced in Jabalpur where two women formed a gang and trapped a woman employee of railways and started blackmailing her. The Jabalpur police have arrested the duo and sent them to jail on Monday.

Jabalpur SP, Siddharth Bahuguna told Free Press that a complaint was filed with police that three people including two women and one man were extorting money from the victim.

The Civil Lines police station registered the case against the three and investigated the case.

The victim is an employee of railways. The man is the husband of Chitra Amrawanshi also works with the victim. He asked the victim to meet his wife Chitra and after meeting they became friends.

They both - woman victim and accused (Chitra) used to do shopping and spent time together. One day, Chitra said that victim is having illicit relations with her husband and asked her to pay the money. After some time, Chitra took Rs 3 lakh from the victim. One more woman Rani Dwivedi accompanied Chitra who also lives in the same colony.

These two - Chitra and Rani - thrashed the victim and mounted pressure to pay more money to them or they will tell the victim’s family about the relationship. The duo as and when reached the house of the victim would take away Rs 10,000 to 15,000 from her.

The two did not stop there. They told the fake story to the victim’s husband and the husband left the woman alone in Jabalpur and started living in Satna along with the children.

On October 5, a phone call came on victim’s mobile phone in which self-declared journalist Vikas Dwivedi asked the victim to pay Rs 10 lakh failing which he said he will file complaint with divisional railway manager (DRM) and she will be thrown out from services.

Fed up with the extortion and blackmailing, she approached the police and lodged the complaint.

The police have arrested Chitra and Rani and launched the manhunt of the 3rd accused Vikas.

The police have seized a letter in which Rani is appointed as a national president of one Hindu outfit. The police are searching the credentials of the appointment letter. 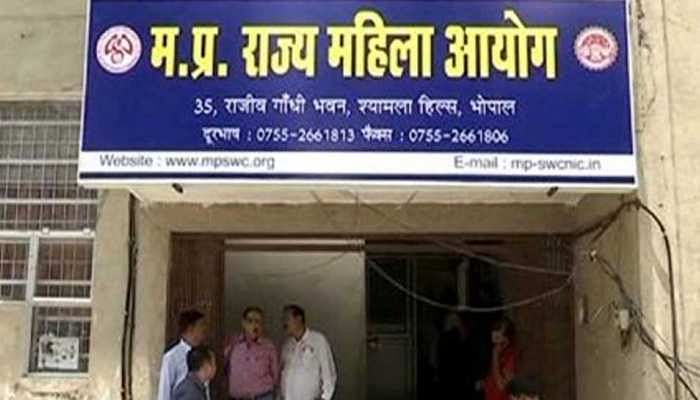