The toll plaza is situated at Ashta and Sujalpur Highway. A video shows district BJP President Ambaram Karada and his associate were being slapped by toll plaza employees and vice-versa.

Ashta (Madhya Pradesh): A scuffle broke out between Shajapur District BJP president and employees of Patariya Goyal Toll plaza on Saturday. A video of the scuffle went viral on social media.

The toll plaza is situated at Ashta and Sujalpur Highway. A video shows district BJP President Ambaram Karada and his associate were being slapped by toll plaza employees and vice-versa.

Vikram Adarsh, in-charge of Parvati police station, said that the incident took place at ?? around 2:00 pm. He added that a case had been registered against the toll plaza manager and two employees.

According to sources, Karada was passing through the toll plaza. When he was stopped by toll employees and asked to pay tax, he objected to it. This led to a heated argument between the two sides. The argument turned ugly when both sides attacked each other. Later, they reached the police station.

Adarsh said that a resident of Sujalpur Vijay Singh (45), has lodged a complaint against Rajkumar Mewada, the toll plaza manager and his two employees.

Following the incident, a police team was deployed at the toll plaza to avert any further escalation of dispute, as supporters of BJP leaders, who reached the toll plaza following dispute, had damaged the office.

Adarsh said that toll plaza employees have also lodged a complaint against Karada and his associates. “We are investigating the complaint and action would be taken according to the report,” he said. 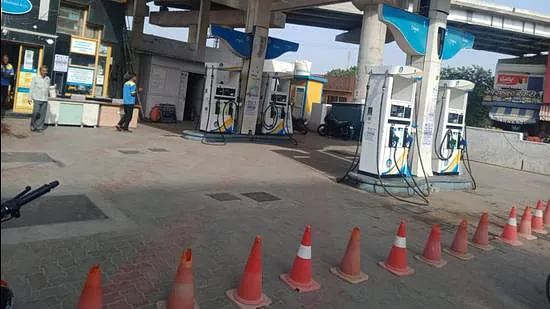