Members of the British Royal Family found discreet ways to honour the Queen through clothing at the Queen's funeral on Monday.

Many women who were close to the queen donned jewels and outfits that had either been presented to them by the late monarch or were designed to symbolize her presence.

According to Page Six, The Queen gave Meghan a pair of pearl and diamond drop earrings in 2018, which she wore to the funeral on Monday. Meghan Markle wore a pair of pearl and diamond drop earrings, gifted to her by the Queen. | sourced

UK jeweller Maxwell Stone had earlier told Page Six, "The royal tradition of wearing pearls for mourning dates back to Queen Victoria, who was so overwhelmed with grief when Prince Albert died that she wore nothing but black for the rest of her life."

Meghan wore a black cape from Stella McCartney. She wore the same one in navy blue colour to celebrate the Queen's 92nd birthday at the Royal Albert Hall in 2018.

The Duchess of Cornwall wore Queen Elizabeth's pearls and a black Alexander McQueen coat dress to the funeral, according to New York Post. The earrings were a gift from the Emperor of Bahrain to the Queen for her wedding in 1947. 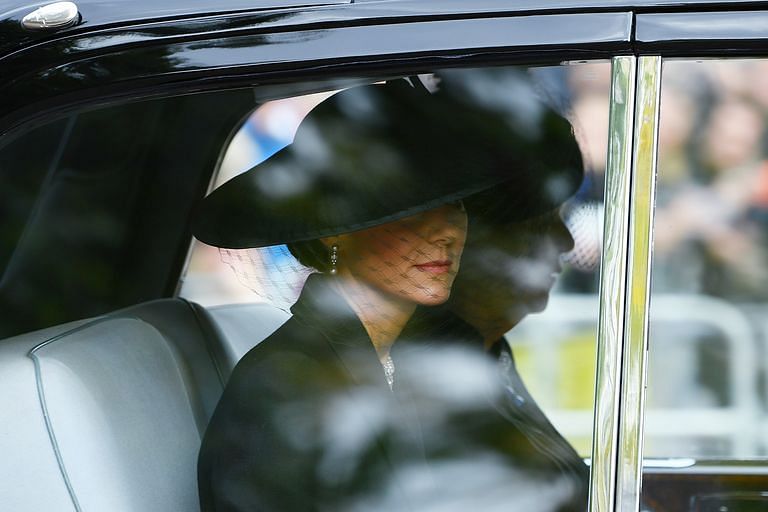 Kate also wore a black-netted veil to honour the Queen. Notably, she wore the Queen's four-row pearl choker with a diamond clasp also known as the Four-Row Japanese Pearl Choker. It was a gift from the Japanese government to the Queen in 1970.

Queen Consort Camila paid an ode to the Queen by wearing her Hesse Diamond Jubilee Brooch.

The brooch is a heart-shaped piece that has the number 60 on it. According to New York Post, it signifies the number of years in a Diamond Jubilee reign. 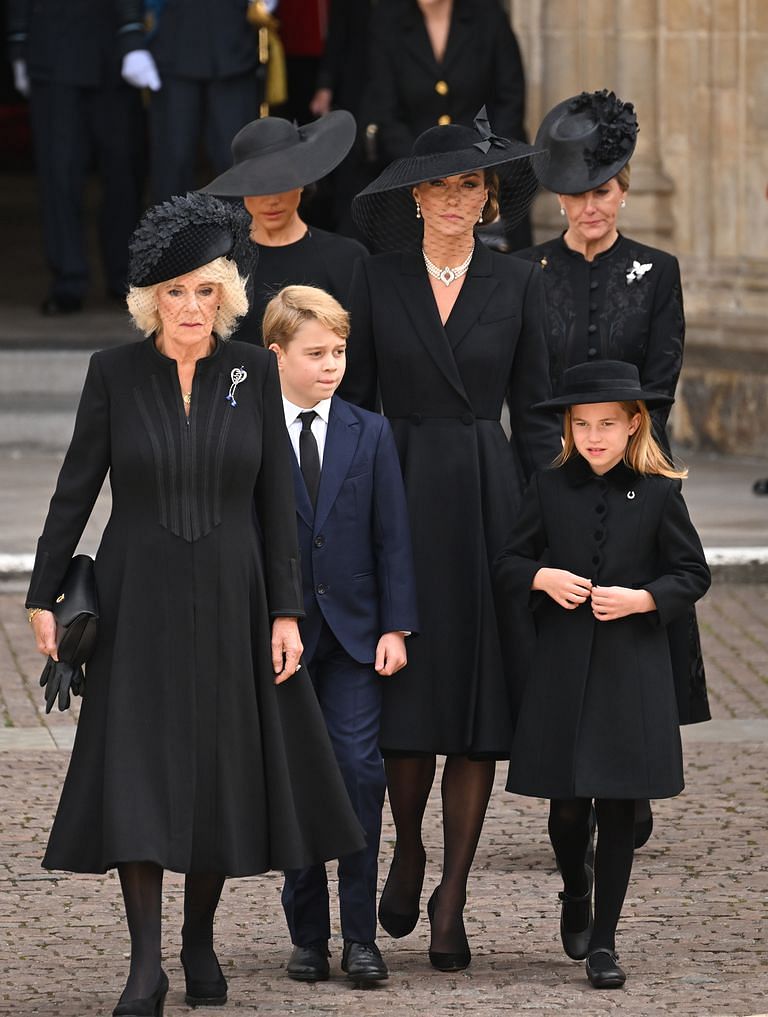 Page Six reports that Camila also carried a clutch by Launer, one of Queen's favourite labels.

She wore her first piece of major jewellery- a brooch in the shape of a horsheshoe. 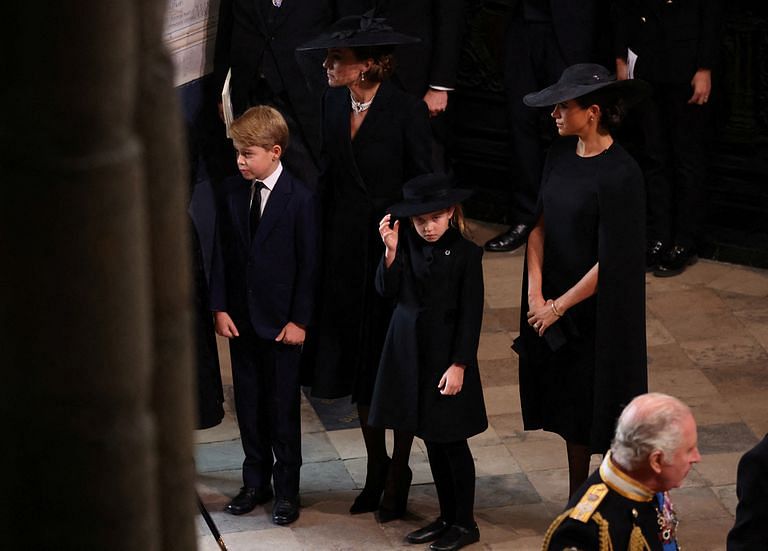 Princess Charlotte wore a brooch in the shape of a horsheshoe. | sourced

Princess Charlotte wore a button-up black dress with tights and a black hat with a bow on it.

According to People, the unique piece was gifted to Charlotte by the Queen, who loved horses and regularly attended the races.