The police said on Twitter that several convoys were stopped from entering at key city arteries and over 200 motorists were handed tickets.

Elsewhere, at least two protesters were detained amid a seizure of knives, hammers and other objects in one central Parisian square.

Some 7,000 officers have been mobilized for the weekend protests. Police have created checkpoints, deployed armoured personnel carriers and set up water cannons to brace the city for the protests. So far, the police blockade action has seemed effective.

Railing against the vaccination pass that France requires to enter restaurants and many other venues, protesters have tried to weave toward Paris from north, south, east and west, waving and honking at onlookers from their car windows. Some convoys sought to avoid police detection Friday by travelling local roads instead of the major highways leading into the capital.

Read Also
'Don’t say gay' Bill: Here's all you need to know about legislation being proposed in Florida 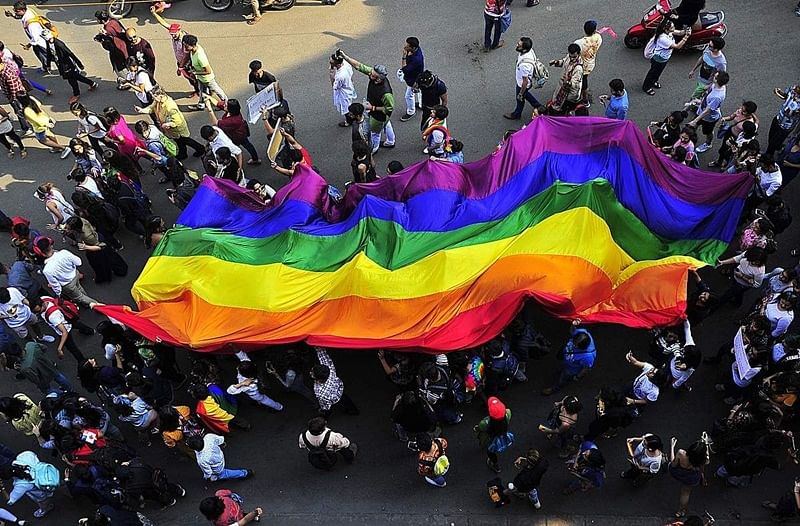 Waving French flags and shouting "freedom," the protesters organised online, galvanised in part by truckers who have blockaded Canada's capital and blocked border crossings. The French action has no single leader or goal, and comes as months of protests against French government vaccination rules have been waning.

It's not just in France that such protests are brewing. Dozens of trucks and other vehicles, from tractors to a car towing a caravan arrived in The Hague Saturday morning as part of a "freedom convoy", blocking an entrance to the historic parliamentary complex.

A group of protesters joined the truckers carrying a banner emblazoned with the Dutch words "Love & freedom, no dictatorship".

Police urged the protesters to move to a park, where the municipality said they could demonstrate, and warned the public about traffic problems in the city.