'Don’t say gay' Bill: Here's all you need to know about legislation being proposed in Florida

What is the ‘Don’t say gay’ legislation?

The Florida House Bill 1557 was introduced in the state House of Representatives a month ago, while an identical version, called the Senate Bill 1834, advanced in the state Senate this week. The two legal documents, refer to the ‘Parental Rights in Education’, prohibit talks over sexuality and gender identity in primary grade levels of one's classroom.

Republican lawmaker Joe Harding had introduced the bill in the state House of Representatives, according to the document text, aiming to reinforce the fundamental right of parents to make decisions on their ward's upbringing and control of their children.

‘Don’t say gay’ bill in Florida is to impact the education of the young, which keeps off all discussions surrounding sexual orientation and gender identity in schools. The bill is seen to be advancing through the state’s legislature, however many stand against it. One of the latest critic towards it is the US President Joe Biden.

"I want every member of the LGBTQI+ community — especially the kids who will be impacted by this hateful bill — to know that you are loved and accepted just as you are. I have your back, and my Administration will continue to fight for the protections and safety you deserve," Biden tweeted. 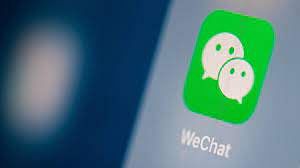 HomeWorld'Don’t say gay' Bill: Here's all you need to know about legislation being proposed in Florida