An upset customer set an eatery on fire after receiving a botched food order. A CCTV footage recorded the entire incident showing the man deliberately lighting fire at the Bangladeshi Ittadi Garden and Grill in Queens.

New York: A 49-year-old man set a NYC Bangladeshi eatery on fire after receiving a botched chicken biryani order. Reportedly, the customer - identified as Choephel Norbu - was drunk when purposefully lit put the restaurant ablaze. Following the incident, police investigated the case with the help of available CCTV footage and arrested Norbu. Meanwhile, the video showing Norbu fuelling the food outlet to fire has surfaced on social media.

The video released by the Fire Department captures the incident live. "I was very drunk. I bought chicken biryani. They didn't give me chicken biryani. I was mad, and I threw it out," Norbu was quoted in the court order. Reports further noted the man confessing the act, "I bought a gas can, and I threw it at the store to try to burn it out. I lit it up, and boom, it got on me."

The incident took place at Bangladeshi Ittadi Garden and Grill in Queens during the early morning hours of Sunday (local time). According to reports, days after the arrest, he was released with supervision. 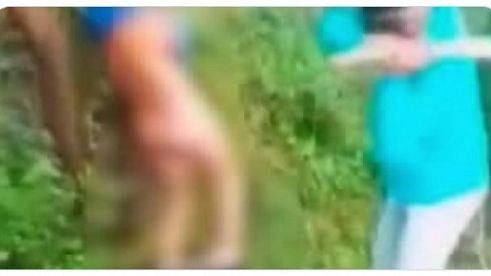