Violent clashes broke out in Hong Kong on Wednesday as police tried to stop protesters storming the city’s Parliament, while tens of thousands of people blocked key arteries in a show of strength against government plans to allow extraditions to China.
Agencies 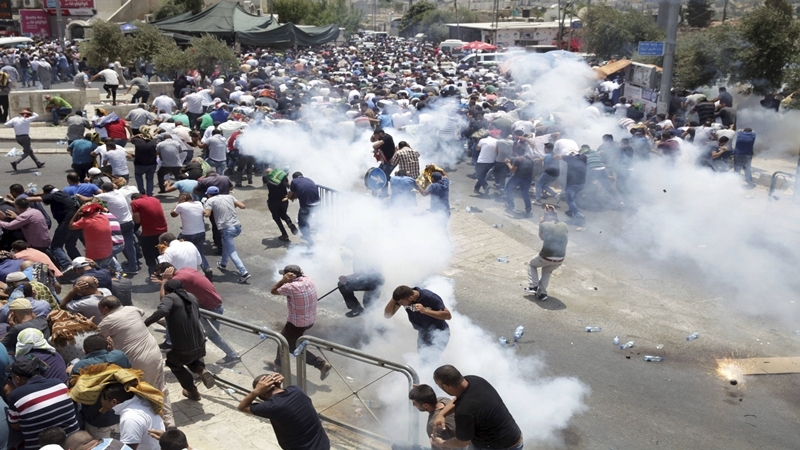 Hong Kong: Violent clashes broke out in Hong Kong on Wednesday as police tried to stop protesters storming the city’s Parliament, while tens of thousands of people blocked key arteries in a show of strength against government plans to allow extraditions to China. Police used tear gas, rubber bullets and batons to disperse crowds of black-clad demonstrators—most of them young people and students—calling for authorities to scrap the Beijing-backed law. Clashes broke out shortly after 3pm (local time)—the deadline protesters had given for the government to abandon the controversial bill—and continued throu­gh­out the afternoon in the worst political violence the city has seen in years.

Rows of riot police battled protesters—many wearing face masks, helmets or goggles and using umbrellas as shields—who had gathered in the centre of the city ahead of a scheduled debate in the city’s legislature. That debate had to be rescheduled “to a later date” after huge crowds seized major roads outside the Parliament. The scenes echoed the pro-democracy “Umbrella Mo­vement” of 2014 where protesters calling for greater democratic rights shut down swathes of the city for two months and battled police but won no concessions from Beijing.

In a repeat of 4 years ago people flooded roads and junctions on Wednesday, dragging barricades onto highways and tying them together. Others plucked loose bricks from pavements. After the deadline expired, protesters broke into the forecourt of the legislature to breach the building and demonstrators were seen throwing missiles including metal bars at riot police. An injured policeman was carried away unconscious. Police beat back demonstrators first with batons and pepper spray, then firing rubber bullets and bean bag rounds—small fabric bags filled with lead pellets—and dozens of rounds of tear gas as they cleared one side of the surrounded Parliament building.

Hong Kong’s police chief Stephen Lo defended his officers, saying they had shown restraint until “mobsters” tried to storm Parliament. “The violent protesters kept charging at our line of defence, and used dangerous weapons, including... throwing metal barricades at us and throwing bricks.” Eatery owner’s strike By the entrance of his restaurant, Kelvin Chung hung a paper announcing the restaurant’s intention to strike on Wednesday. “Hoping to find a breath of freedom,” the sign said, adding he would offer free honey green tea at lunch time to boost the city’s morale. His modest Japanese-style grill joined others who closed doors to show solidarity with protesters.