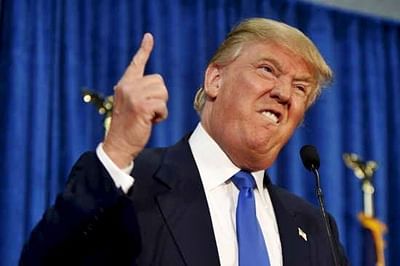 Melbourne : TV and film hairstylist Amy Lasch, who has worked on the set for the first two seasons of ‘The Apprentice’, has revealed some interesting facts about Donald Trump’s locks.

In a recent interview, Lasch revealed that the 69-year-old presidential candidate did not allow her to touch his famous mane, adding that whenever she noticed a flyaway, she used to hold a large mirror, asking him if she can fix it, News.com.au reports.

Addressing to the question in one of his interviews whether his hair is real or not, the business magnate said, “If it rains, I’ll take off my hat, and I’ll prove once and for all that it’s mine.”

Louis Licari, who coloured the hair of Trump’s first wife, Ivana, for 20 years, said he had seen Trump in the in the office of Dr Norman Orentreich who, in 1952, performed the first-ever hair transplant in the early 80s.

However, Orentreich, who retired four years ago, refused to comment.