China's Zhejiang province has upgraded its emergency response for the approaching typhoon Chanthu to the highest level, closing schools as well as suspending air and rail services in several cities.

The centre of the 14th typhoon of the year was about 620 km south of Zhoushan, Zhejiang, at 3 p.m. on Sunday, packing winds of around 200 km per hour, according to the Zhejiang provincial meteorological observatory.

The observatory said that the typhoon is expected to make landfall in the province's coastal areas between Zhoushan and Ningbo, or pass through Zhoushan Islands on Monday morning, reports Xinhua news agency.

The storm is forecast to bring heavy rain and strong gales to the eastern and northern parts of Zhejiang until Wednesday.

Local authorities have issued a red alert, also the highest, for geological disasters.

Education authorities in the cities of Ningbo, Zhoushan and Taizhou have ordered suspension of classes in kindergartens, primary and high schools, and off-campus training institutions on Monday or on both Monday and Tuesday.

The airport in Hangzhou, capital of Zhejiang province, will cancel all outbound flights from 11 a.m. on Monday.

The schedule of some trains running across the province on Monday has also been adjusted.

In Shanghai, local authorities have ordered suspension of classes in kindergartens, and primary and high schools on Monday afternoon and Tuesday as the city braces for heavy rains and strong winds.

Authorities in Shanghai have also ordered the closure of parks, amusement facilities and other outdoor tourist sites on Monday and Tuesday. 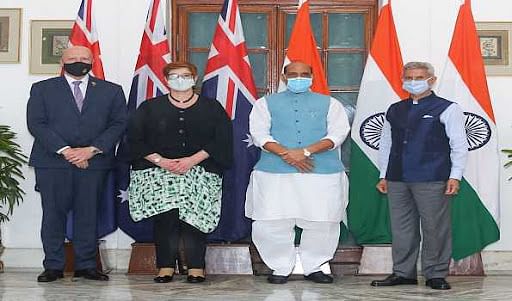