The former president has fled to Mexico, saying he asked for asylum there because his life was in danger.
IANS 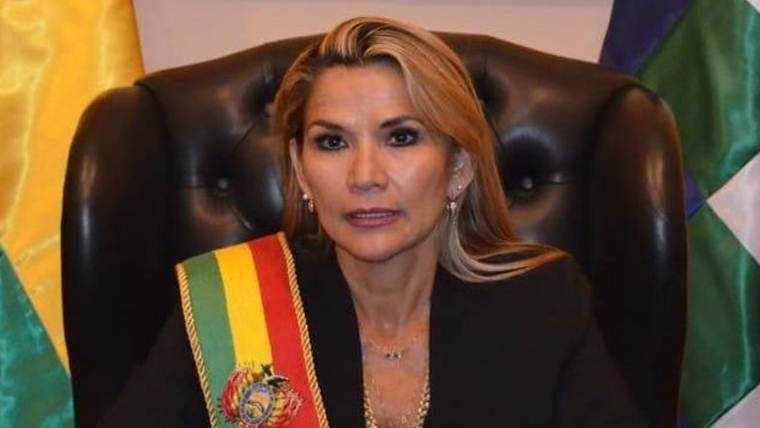 Lawmakers from Morales' party boycotted the session, meaning there was no quorum for the appointment, the BBC reported on Wednesday.

But Anez said she was next in line under the constitution and vowed to hold elections soon.

The former president has fled to Mexico, saying he asked for asylum there because his life was in danger.

He resigned on Sunday after weeks of protests over a disputed presidential election result. He has said he was forced to stand down but did so willingly "so there would be no more bloodshed".

Anez took temporary control of the Senate on Tuesday, putting her next in line for the presidency.

The former deputy Senate leader assumed the position following a series of resignations.

While lawmakers from Morales' Movement for Socialism party were not present at the legislative session, Anez declared herself as interim leader.

Taking to Twitter, Morales condemned the "sneakiest, most nefarious coup in history".

Morales, a former coca farmer, was first elected in 2006, the country's first leader from the indigenous community.

He won plaudits for fighting poverty and improving Bolivia's economy but drew controversy by defying constitutional limits to run for a fourth term in October's election.

Pressure had been growing on him since his narrow victory in last month's vote.

The result was called into question by the Organization of American States, a regional body, which had found "clear manipulation" and called for the result to be annulled.

In response, Morales agreed to hold fresh elections. But his main rival, Carlos Mesa - who came second in the vote - said Morales should not stand in any new vote.

The chief of the armed forces, Gen Williams Kaliman, then urged Morales to step down in the interests of peace and stability.

Announcing his resignation, Morales said he had taken the decision in order to stop fellow socialist leaders from being "harassed, persecuted and threatened". He also called his removal a "coup". Skywalk with escalators to come up in Santacruz