HomeWorldAmid rhetoric of no foreign boots on ground, Pakistan willing to provide US its military bases

Amid rhetoric of no foreign boots on ground, Pakistan willing to provide US its military bases

Amid Islamabad's public rhetoric about providing no foreign boots on the ground, Pakistan moves ahead to give Pentagon the access to country's military bases as US troops withdraw from Afghanistan.

Earlier, Pakistan Foreign Minister Shah Mahmood Qureshi had told media in Islamabad on May 11 "We will not allow boots on the ground or military bases on our territory."

The Pakistan Foreign Office has also publicly denied that any "new agreements" have been reached with the US military on base usage.

At the same time, Pakistan has confirmed that essential frameworks for air and ground support for US military forces signed back in 2001 remain valid, reported Asia Times.

The US Pentagon has announced that it is looking for military bases in the region to monitor and prevent Afghanistan's re-emergence as a hub of terrorism and anti-US activities.

As the Pentagon has confirmed, the US is currently in talks with Pakistan on bases. Islamabad has already agreed to give the US "overflight access" to support its mission in Afghanistan. This reflects Pakistan's own willingness to develop a new partnership with the US.

The bases would give the US a strategic hedge against Taliban-led Afghanistan after US troops departs by September 2021.

A re-activation of these now dormant frameworks would put Pakistan very much back in the US orbit, opening new avenues of financial aid and strategic benefits, wrote Salman Rafi Sheikh, writing in Asia Times.

While the US has yet to confirm it has secured new access to Central Asia bases, Pakistan has emerged as a leading candidate considering the US used bases there for much of the 20-year "war on terror" in Afghanistan.

As it stands, a crucial part of the ALOCs at that time were the US drone flights that flew from inside Pakistan from Shamsi airbase in the southwestern province of Balochistan to attack militant positions in Afghanistan, reported Asia Times.

War on terror cooperation elevated Pakistan to the level of a major non-NATO ally of the US in 2004, granting it various military and financial advantages and privileges. The designation is also known to ease Pakistan's access to International Monetary Fund (IMF) facilities.

Between 1999 and 2008, Pakistan received a total of USD 23 billion in loans and grants from the IMF and other international agencies. From 2008 to 2013, Pakistan received another USD 14 billion, including a USD 7.6 billion IMF bailout package, reported Asia Times.

Access to these funds sources was indirectly tied to Pakistan's continued support for the US-led war on terror. When the Trump administration cancelled military aid to Pakistan in 2018, it was due to Pakistan's lack of cooperation and indecisive action against Pakistan-based Afghan Taliban groups, wrote Sheikh.

A re-activation of these frameworks in the present context could not only allow the US access to Pakistani military bases for flying drones to target terrorists in Afghanistan, but also serve to re-integrate Pakistan with the US.

A revived partnership with the US could also serve the Pakistan military's financial interests. The military establishment's coffers have dwindled ever since the 2010 implementation of the 18th Constitutional Amendment, which saw the transfer of major financial resources to the provinces in a decentralization drive.

Restored and improved military ties with the US would not only conceivably re-open military aid flows from Washington, but also work to remove some of the financial constraints the country faces due to its "grey list" designation by a Paris-based watchdog as a money-laundering and terror-financing state, reported Asia Times.

Meanwhile, Taliban on Wednesday warned neighbouring countries against allowing the United States to operate military bases on their soil.

"If such a step is taken again, it will be a great and historic mistake and disgrace," the insurgents said, adding that they would "not remain silent in the face of such heinous and provocative acts," said Taliban. 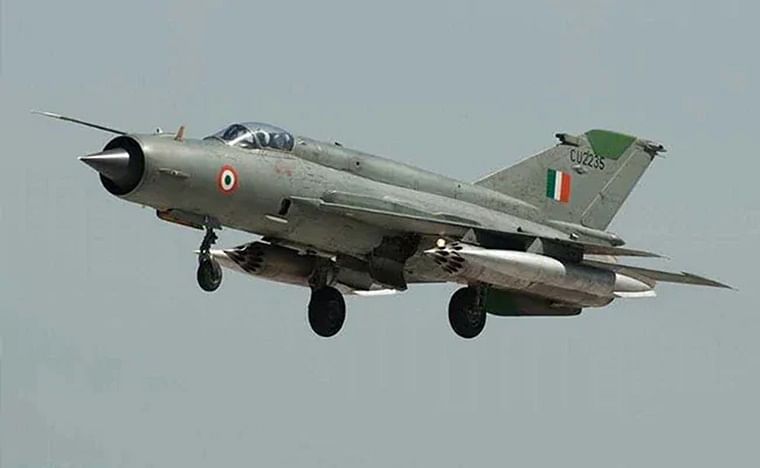