Counter-protesters gather as people hold flags and a placard reading "No racists in our streets" during the SIAN (Stop the Islamization of Norway) protest in the city centre of Oslo, Norway, on August 29, 2020. | Photo: AFP

Less than a day after violent protests rocked the Swedish city of Malmo, reports have come in suggesting that there has been a violent outbreak in the Norwegian city of Oslo on August 29. As per a report by Deutsche Welle or DW, a German public international broadcaster, clashes broke out at the rally organised by the Stop Islamization of Norway (SIAN) group near the Parliament at the nation's capital.

This in turn prompted counter-protests with news agency DPA reporting that the other side had taken to banging drums and chanting that they did not want 'racist" people around. Matters took a violent turn after one woman reportedly tore pages off the Quran and spat on it. Incidentally she had earlier been charged and acquitted for hate speech.

According to the DW report, 29 people were arrested after the clashes erupted. Reportedly, the counter-protesters had thrown eggs at the SIAN members and attempted to jump police barricades. Some had also tried to kick and climb a police van. Officials for their part had used pepper spray and tear gas to break up the clash.

Read Also
What next? Now RW Twitter sees a link between violence in Sweden and Delhi, Bengaluru riots 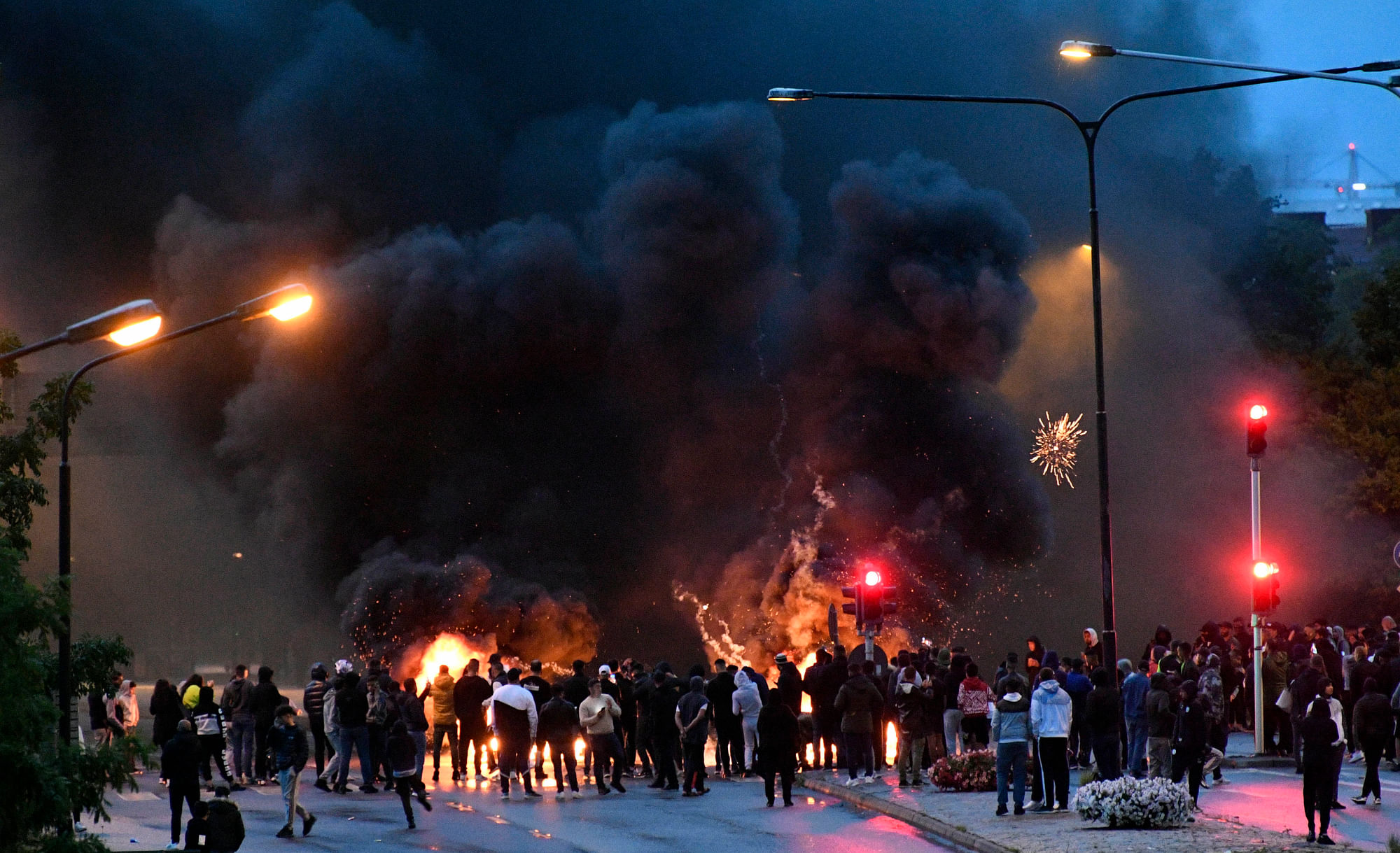 Many on social media platforms drew a parallel between the Sweden riots of a day earlier that had started in a similar manner.

And similar to the posts from a day earlier, many on Twitter once again linked this incident to the Delhi and Bengaluru riots from earlier this year.

According to reports on Saturday, a copy of the Qur'an was burnt by a far-right Danish party called Stram Kurs hours after their leader Rasmus Paludan was denied permission to hold a meeting in Sweden's Malmo about “Islamization in the Nordic countries”. Report suggest that the burning was rumoured to be part of the itinerary.