HomeWeekendRaksha Bandhan 2021: Urban Indians share the significance of festival, and show how rakhi is not only about cherishing brother-sister relationship

Raksha Bandhan 2021: Urban Indians share the significance of festival, and show how rakhi is not only about cherishing brother-sister relationship

Puducherry girl Desiree Anwar grew up in a mixed-faith household where festivals were synonymous with celebration. “Five of us were raised by our parents, Khursheed and Pushpa, to practise humanity before our religion. We have seen them celebrate festivals with equal fervour, whether Diwali or Eid or Christmas. So, Raksha Bandhan is no different. My sisters and I have been tying Rakhi on our brothers’ wrists since we were tiny tots," she recounts. As kids, the Anwar girls - Desiree, Afreen, and Adeebah - used to make Rakhi from scratch at home for their brothers Danish and Areeb, and other cousins. Celebrating the sibling revelry for decades is Anwar senior, who was born in an orthodox Muslim family in Bihar, and spent his growing up years in Kolkata in the company of many Hindu friends. "Rakhi is a sacred thread tied on a brother's wrist by his sister. The thread connects two people and binds them in a sanctimonious relationship. The pious bond between two individuals who practise different faiths is what matters most," says Khursheed.

In Kolkata, he had Hindu friends whose sisters used to tie Rakhi, and when he moved to Puducherry four decades ago, he found a way to keep the tradition alive. "My sister-in-law Sharda Gupta has been religiously tying a Rakhi on my wrist for last 35 years, and with all fanfare," says Khursheed. He counts his blessings and tells how his sisters have always prayed for his joyous and prosperous life. In return, he has only one wish, "May God be with them."

Read Also
Add a touch of gourmet to your traditional, festive meals The beauty of the blessing that Khursheed returns in favour makes this immaculate tie stronger with each celebration. Turning on the leaf of history, it was Nobel laureate Rabindranath Tagore who had used the bond of Rakhi to protest against the communal partition of Bengal in 1905. Tagore had urged Hindus and Muslims to tie rakhis to one another, creating a lifelong bond of protection that no one could break. In some measure, the Anwar family is one among the countless people spread across the length and breadth of the country who have been using Raksha Bandhan as an occasion to connect and unite hearts to date.

Raksha Bandhan is an auspicious festival celebrated with fervour, mostly in the northern part of India on the last day of Shravan Poornima. In Bihar, the day is celebrated as Kajari Poornima. Reminiscing the slightly different celebration at her maternal grandparents' household in Mithapur, Patna, Upasna Prasad says, "A veneration ceremony is held in the morning, and a priest is called upon to apply tika and tie a red thread on my brothers’ hand. It is followed by a lavish feast of delicious vegetarian food items, prominently yellow cooked at home. The food items include Kadi-Bari (fried gram flour balls in yellow curd curry), puris, yellow pumpkin stew, potato curry with plenty of turmeric. The bright yellow colour of the turmeric powder holds immense significance in Hindu culture. It is considered an auspicious spice." She explains that the purpose of the veneration is that the brother is supposed to pledge to protect his sister and the entire family and clan. Plenty of popular, delectable sweet items of Bihar is also served, such as pua, gram flour halwa, boondi (made from fried chickpea flour and sugar). A lot of relatives and well wishes are also invited to this veneration ceremony. "Lastly, the sister ties Rakhi on the right-hand wrist of her brother, who in turn showers her with blessings and gifts, marking an end to this grand celebration," says Prasad.

Read Also
Chanakya Thoughts: This Raksha Bandhan, know how siblings can manage family and finance together 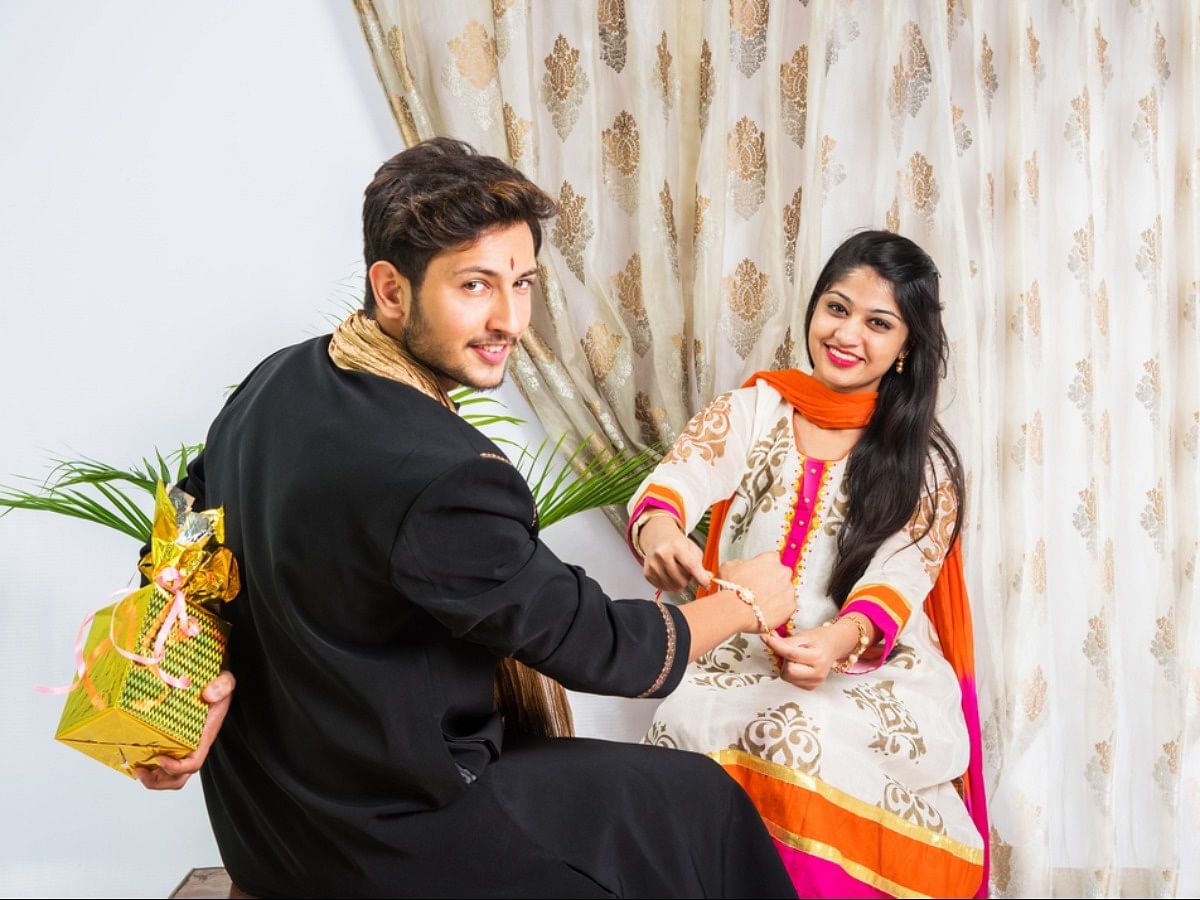 According to mythologists, one of the most popular stories behind Raksha Bandhan is that of Draupadi, wife of the Pandavas, who had torn the corner of her sari to prevent Lord Krishna’s finger from bleeding after he had inadvertently hurt himself. In return, he had promised to protect her lifelong, and he did by saving her honour.

A native of Andhra Pradesh, Deepa Kotturi Sehara, too grew up in Dhanbad, Jharkhand, believing that the bond of Raksha Bandhan is thicker than blood. She forged many such sibling ties in her early years and ardently follows them up till now. "My brother Srinivas was born when I was 8, but by then, I had already made six precious rakhi bonds and added two more in my adulthood - Bobby Bose and Avinash Jha. The only difference is that back then, I used to tie a rakhi in-person and now send it to them through the post with a sweetmeat and all the other paraphernalia. My soul brothers - Budhaditya, Debaditya, Nilesh Singh, Kunal Raj, Abhinav Raj, Niraj Lodha, as I call them, are spread across the globe, and the bond that binds us is thicker than blood," she says.

In Andhra Pradesh, Bhagini Hasta Bhojanam is celebrated two days after Diwali and coincides with Bhai Dooj. It is believed that Lord Yama visits his sister Yamuna, and eats a meal at her home.

"So on this day, sisters prepare a lavish feast for their brothers, and brothers shower gifts and blessings in return," adds Sehara, adding an exception by sending a rakhi to her maternal uncle's son Srinivas Prakash. "Maternal uncle's son and paternal aunt's son are called 'baava' meaning brother-in-law in Telugu and they are not brothers," she explains.

There are a few who follow the tradition of tying Rakhi to the deities as well. Mumbai-based educator Sonali Kumar calls the elephant god her brother and celebrates the day by putting a tilak, tying a Rakhi and offering laddoos to him.

"He is the supreme power, and every Raksha Bandhan, I thank Ganpati for taking care of my family and me," she says, adding how there's another dimension to the celebration because she invites Lord Ganesh to her home on Ganeshtosav that falls a few days later. Laddoo Gopal or Lord Krishna, as he is fondly called by many, is eight-year-old Anvi Verma's big brother.

"We are blessed with Anvi, and she ties Rakhi to Ladoo Gopal, her father and cousin. She loves this festival and looks forward to buying the best Rakhi for Lord Krishna," says her mother, Nisha Verma, Manager Operations in Connects India. 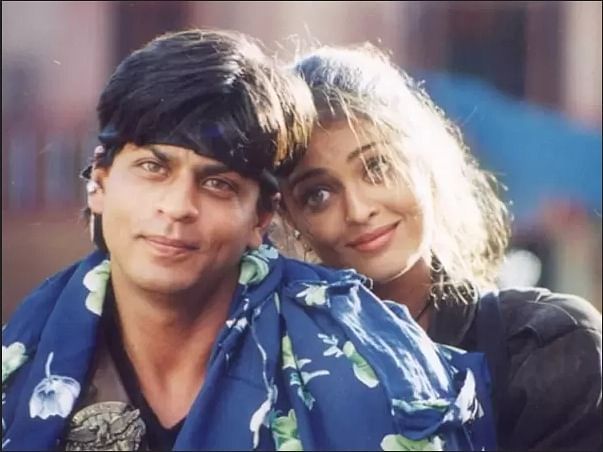 On Raksha Bandhan, social media is flooded with celebrities wishing their brothers. A few like Malaika Arora, Ananya Panday, Taapsee Pannu and Kriti Sanon celebrate the day with their sisters, setting major sibling goals. The trend of celebrating sisterhood on Raksha Bandhan has always been around, just that now it is a part of our pop culture.

Sehara receives one special Rakhi from her soul sister Nupoor Pallavi, an IT professional based in Mumbai. "She's three years younger and is my father's friend's daughter. She's been sending me Rakhi since 1995. We share a very special bond," she says.

Art historian Avaneet Gandhi and her two sisters used to tie Rakhi on their father's wrist. "While we prayed for his long and healthy life, he packaged his love as gifts," she says. The tradition continues with her two daughters, Suhavi and Neymat, who celebrate sibling love by tying it to each other and their father.

"Their father gets them gifts, mostly books and clothes, as a thank you gesture. It is between three of them, and I am not allowed," she says with a smile. Shikha Sikka's daughters - Jisha and Risha - too have each other's back and undying love to protect each other fiercely. "They been tying Rakhi to each other from the time my younger one Risha was born," adds Sikka.

On Raksha Bandhan, women in Maarwari and Rajasthani communities also tie Lumba Rakhi on their brother's wife. It is believed that since the wife is the better half or ardhangini, Raksha Bandhan would be incomplete without including the brother's wife in the rituals. Academician Archna Jain sends one each to her brother and sister-in-law on Raksha Bandhan. Archana Jain with her son, Parth |

"My son Parth ties Loomba on my wrist every year since he was a toddler. He believes just like girls, many times boys/men too need protection so they can tie Rakhi on hands of those girls/women with whom they feel protective," adds Jain. The festival is a celebration of a bond, and it has stretched to include others ties in its fold. Divya Gupta with her son, Akul |

Entrepreneur Divya Gupta, the mother of an eight-year-old Akul, remembers how Rakhi has always been a significant festival for her. "All my aunts and uncles used to gather at our home and celebrate it together. My parents used to cook a lot many dishes. I wanted Akul to enjoy all the festivals and traditions. Akul is a single child, which made it a tad difficult. So I started tying a Rakhi on his wrist when he was a baby," says Gupta. A sibling is one's first and perhaps the best friend. Parth always bought a friendship band styled band for his best buddy Pragun Mehta with whom he travelled in a school bus to celebrate Raksha Bandhan. "He felt protected and secure when she was around him. And Pragun did a fantastic job in looking after him all the time. They share a special bond," says his mother, Jain.

Reminiscing an adorable anecdote to elucidate how it became a to celebrate the mother-son bond for them, she adds, "Akul came to me one day and said, Mumma, I will protect you, but who will protect me? I told him that he could also tie a Rakhi on my hands, and I will protect him as his sister would."

Their celebration is all about food, outing and lots of love. If that's not all, there are a few eco-conscious teenagers like Anushka Akhouri, who go around tying a thread to protect the trees, save the environment and act as climate change warriors. "We are because of them, so it is important to show our love towards them, and what better day than today. We can't feed a sweet to trees, but we can tie a thread around them for sure," says the bubbly teen.

Read Also
Raksha Bandhan 2021: ‘I reach out to Tiger for everything,’ says Krishna Shroff 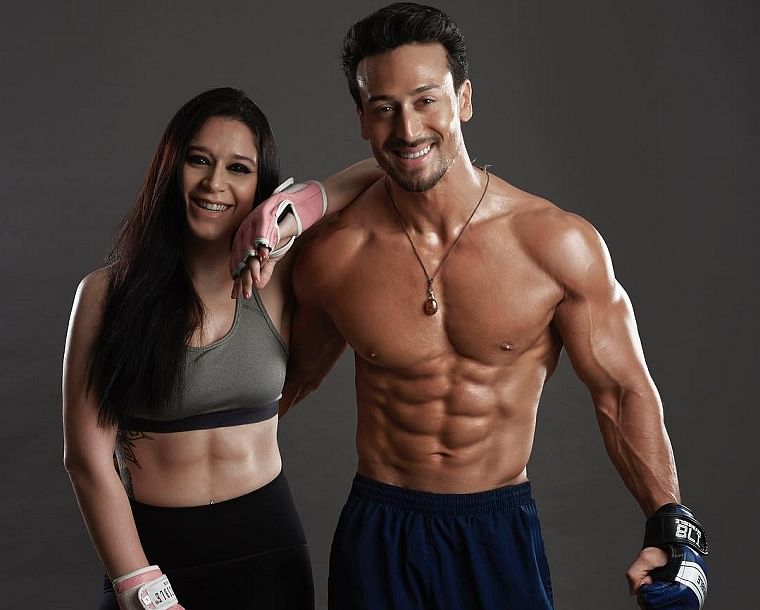