"August 31 is celebrated as the Vimukti Divas or the day of our independence from the Criminal Tribes Act of 1871. The colonial act had classified us as criminals until its repeal by the Government of India in 1952. But even after that, nothing much has changed for us," he rues.

Ahmedabad-based Dakxin Bajrange Chhara wears many hats and with aplomb. An alumnus of the University of Leeds, UK, he is a Chhara, one among India's over two hundred communities labelled as criminal tribes or the De-Notified Tribes (DNTs).

A prolific writer, he often uses his pen as a tool to lodge his protests against the atrocities that DNTs have been facing. This time around, he has co-authored a book titled Vimukta: Freedom Stories with Professor Henry Schwarz of Georgetown University, US, documenting their arduous struggle of life and living. The DNTs across the country lead an impoverished life, barely managing to eke out a living, be it working as a manual labourer, street performer or sex worker. They are often branded a criminal, and being non-citizens with no rights or entitlements only adds to the woes of the always on the move community. "The book is an anthology of articles from writers of the most vulnerable community. These tales recount the struggle of the people who are uncounted for and unaccounted for by the Government. They are branded born criminals, subjected to humiliation and ostracised by society. These people identify themselves as Vimukta or the liberated one, and the book is the first of its kind to document their trials and tribulations over the decades," he says.

Read Also
Independence Day 2021: From 'Shershaah' to 'Bhuj: The Pride of India'... OTT content to binge-watch... 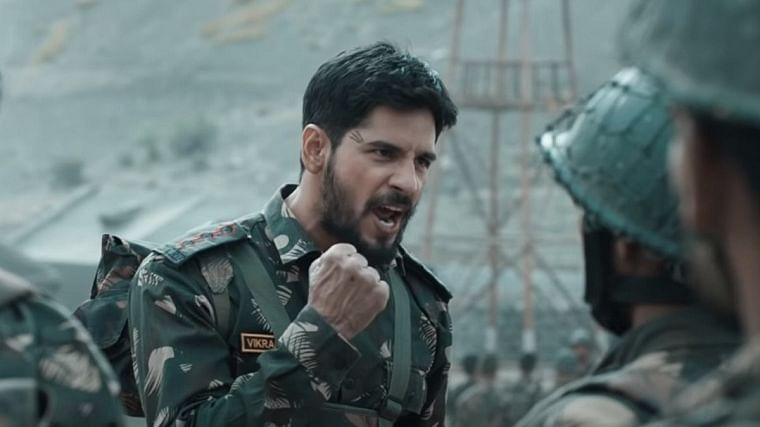 Coincidentally, his labour of love will release on August 31, which is an important day for the DNTs. "August 31 is celebrated as the Vimukti Divas or the day of our independence from the Criminal Tribes Act of 1871. The colonial act had classified us as criminals until its repeal by the Government of India in 1952. But even after that, nothing much has changed for us," he rues.

A cinema buff, he fondly remembers bunking school to watch movies at video parlours and theatres. "That's how I was initiated into the art. I never went to a film school to learn the nuances of the craft but instead learned it by watching films of all genres, from India and abroad. I find cinema a self-consuming form of art, and the art of visual storytelling is self-taught," he says.

Taking a cue from filmmaker Steven Spielberg, who had once famously said, "you shouldn't dream your film, you should make it," he went on to launch Nomad Movies Private Limited in 2009. Today, Chhara has more than 120 fiction and non-fiction films on various developmental, social and political issues to his credit. His last feature film, Sameer, starring Mohammed Zeeshan, Anjali Patil, Seema Biswas, Subrata Dutta and Chinmay Mandlekar hit the theatres four years ago. He calls Sameer as the agony of many Amdavadis like him, who found themselves as mute spectators of the 2008 serial bomb blasts in the city. "The film strongly opposed the idea of categorising terrorism based on religion because terrorism doesn't just kill people, it kills innocence of the society," he adds. 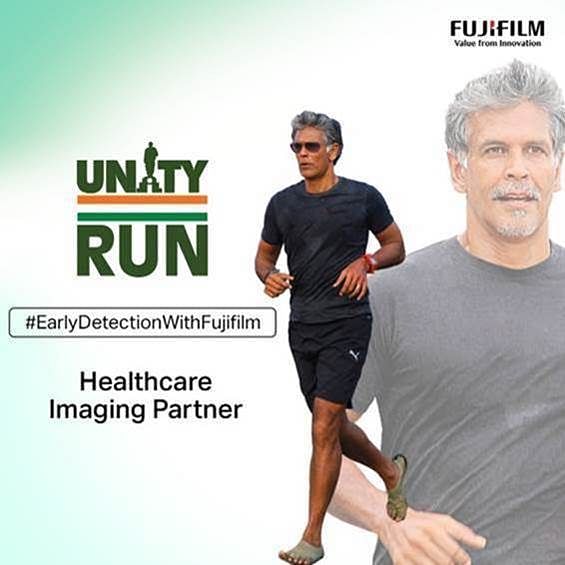 In between, he has finished two other non-fiction films — The Last Man, on manual scavengers, and Covid-19 Blame Game, on the Tablighi incident that happened during the pandemic. To add to this, his socio-anthropological documentary, Broken Gods, produced and co-directed by anthropologist and filmmaker Alice Tilche, is doing the festival rounds. "The film is set against the backdrop of rising religious nationalism and documents the radical transformation of life, aesthetics and beliefs of the indigenous communities of Gujarat," he says.

Chhara started Budhan Theatre in 1998 because "activism has always takes the centre stage in whatever he does". The group holds the inimitable reputation of being the only theatre organisation run entirely by the Chharas and dedicated to the cause of the DNTs. "Art is a form of expression. At Budhan Theatre, we have been using performing art as a tool of resistance," he says.

As a conscientious citizen, he has been tirelessly pursuing the cause of the nomadic and denotified communities. Currently, as president of National Alliance Group of Nomadic and De-notified Tribes, and national convener of DNT Adhikar Manch, he has been espousing the cause of the invisible population of India - the communities of the denotified, nomadic and semi-nomadic tribes - that aren't classified in one particular group as they are spread across SC, ST and OBC communities in different states. "DNTs, as a whole, are not recognised as a separate social category under constitutional schedules and this only compounds our problems. We don't exist in government records because of which we can't avail the benefits of the welfare schemes, and we end up living a stigmatised and isolated life of the 'unknown, unheard and unseen other' in the society," he recounts.

Read Also
In Pics: Security on high alert ahead of Independence Day celebration in Kashmir He created Budhan video podcasts in the Bhantu indigenous language to document the lockdown and post-lockdown experiences of DNT groups. These podcasts address the health, socio-cultural ad politico-economic impact of the pandemic. He has filmed 10 episodes in the first and 30 in the second seasons using in-house resources, including people, from the DNT community. "It is our platform where we take up issues that matter to us because no other media house will do it. We have trained ten people from our community in filmmaking in Season 1 and 25 people in Season 2, of which 10 belong to the Chhara community and the remaining are from the Adivasi community," he says.

The deadly pandemic hit DNTs the hardest, and Chhara lost more than 100 members of his community to the virus, including his mother. "The fact that we are non-citizens leaves us vulnerable to systemic discrimination. We have been severely affected by the pandemic," he says.

Chhara and his team have been actively involved in relief measures since the first lockdown, providing monetary help, dry ration, and medical support to DNTs. "We couldn't wait for others to come to our rescue during the times of crisis. So we collected funds to be able to provide to our community members. Many of our people lost their lives due to a lack of proper and timely medical aid. So we have bought concentrators oxygen cylinders for the impending third wave," he adds.

An adept storyteller,he uses art to highlight the discrimination meted out to DNTs by the society and system, empower the community and bring about a change so that members can earn with dignity and live a respectful life, if not today, may be tomorrow. 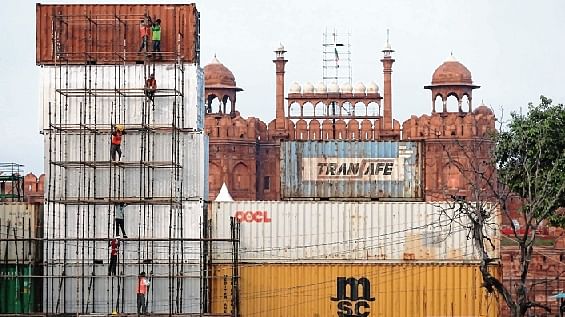