Here's how to tackle toxic masculinity

Hindi short film Natkhat featuring actor Vidya Balan is in the news because it is in the race for Oscars 2021 in the Best Short Film category. But Natkhat has also been making waves for its powerful statement on the theme of challenging toxic masculinity

Hindi short film Natkhat featuring actor Vidya Balan is in the news because it is in the race for Oscars 2021 in the Best Short Film category. But Natkhat has also been making waves for its powerful statement on the theme of challenging toxic masculinity. An online event - a private screening of the film followed by a heartwarming panel discussion featuring actor and producer Balan, writer Annukampa Harsh, writer-director Shaan Vyas and associate producer Sanaya Irani Zohrabi - as the most befitting celebration on the eve of the 28th Anniversary of Mumbai-based Men Against Violence and Abuse (MAVA), was held on March 10, 2021.

On the choice of this film, Harish Sadani, Executive Director, MAVA, India’s first men’s organization working to stop gender-based violence on women, says, “I have been working in the field of gender and masculinity for the past 28 years, consistently among young men, mentoring to prevent gender-based violence on women. I have evolved out-of-the-box methods (workshops, travelling film festivals, street theatre performances, social media), enabling men to be an important ally in the gender-transformative effort.” Like the unnamed mother in the film, who subtly teaches her son Sonu about the pitfalls of patriarchy, misogyny and sexism, and how gender equality matters, the online event became the medium to convey the message to the audience spread across the country. Explaining the term toxic masculinity, Dr Soumiya Mudgal, Consultant, Psychiatrist, Max Hospital, Gurugram, says, “It is male behaviour that is most aggressive. A toxic masculine is a man whose behaviors are harmful or destructive. Domination, humiliation and control are the tactics used by these individuals. It is a set of actions and not a biological trait.”

Jameel Gulrays, senior advertising professional and founder of Katha Kathan, who was raised by his mother after his father passed away when he was 8, says, "My mother and other women in my family had a far greater influence on me during the growing up years so I never saw the toxic side of masculinity till I was an adult."

But, men’s behaviours and beliefs are more often than not demonstrated by a person due to male entitlement and can have worrying consequences. The presumption of male gender stereotypes can harm the individual, family, or social interactions. “A rigid belief in this concept can lead a man to repress his feelings, increased risk-taking behaviour, inability to reach out for help due to firm notions of self-respect, autonomy, and fear of being perceived as weak. It also can result in a lack of empathy for the feelings of his loved ones and friends, resulting in difficulty in establishing and maintaining long-term relationships. It can also be associated with a higher risk of depression, substance abuse, and domestic violence perpetration,” adds Dr Kedar Tilwe, Consultant Psychiatrist, Fortis Hospital Mulund & Fortis Hiranandani Hospital, Vashi.

Read Also
From Manoj Bajpayee's rap to podcasts: The year of Bhojpuri disruptors 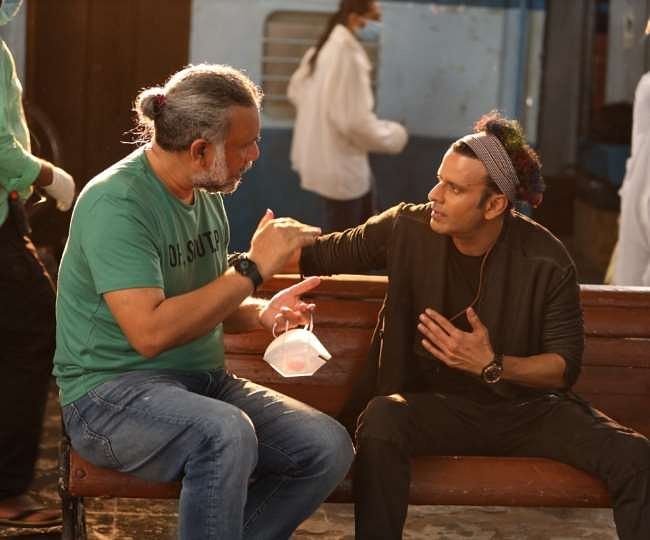 The repressed emotions lead to problems such as anxiety, panic disorder and depression in few. In others, it can get channelised as aggression towards self or towards others such as road rage, bullying, eve-teasing, violence against women and children. "Toxic men indulge in these patterns as it gives them the pride of being a man enough. It also stops a man from seeking help in his social or family circle and even from professional experts. In cultures and communities where toxic masculinity is promoted, violence is high as it is a validated construct," adds Mudgal.

Sadani couldn't agree more with Tilwe. "My critical mass of young men have been interrogating and deconstructing the existing model of dominant masculinity and redefining it through a gradual process of cultural transformation. In the process, men need to realise that Toxic Masculinity harms women and negatively impacts men too," explains Sadani.

Read Also
Did you know there are professional cuddlers? Here's what they do and the effect COVID-19 has on... Gulrays likens a toxic male's situation to that of a pigeon fluttering wings when it wants to fly away or is petrified. "Likewise, a man does the same when his repressed emotions and desires start showing up, more often than not, in a negative manner. It is a man's tactic to scare and maintain his supremacy over others of both genders," he says.

Each culture has its specific norms and belief systems as well as expected gender roles and stereotypes. Highlighting it in the Indian context, senior finance professional from Bengaluru, Satish Anand says, "Masculinity in the Indian context includes what job a man should do, does he work 9 to 5, how much he earns, etc. It begins at home and quite early on and inadvertently often by parents. The boy child is seldom encouraged to take up domestic chores, always served at the table, while there's a different set of rules with his sister. The girl child is often at the receiving end."

It has to do a lot with our mindset, and the way we are raised reflects a lot in the way we behave or act later. A man showing the so-called 'feminine traits is considered weak.

The socialisation of boys in patriarchal societies often normalises violence on the pretext "boys will be boys" like it happens in Natkhat. "In films, a macho actor like Salman Khan will have more fans among men, while that of another romantic hero like Shahrukh Khan will have a far greater appeal among women. In advertising too, masculinity doesn't cut the ice. It doesn't help sell the idea because machismo fails to charm the buyers (who are mostly women) and coax them to buy the products," says Gulrays.

The film is reflective of the society that we live in many ways. "It emphasises gender confirmatory roles. Most of the communities are patriarchal in nature, giving men more power than women and putting a man in a tight spot to act, perform, and present themselves as superior and worthy. Aggression, irresponsible behaviours of young boys are ignored, instead encouraged as they are culturally normative for that household or community, thus promoting toxic masculinity," says Mudgal.

Sadani adds that not just India, but toxicity in men is a worldwide phenomenon. "We have seen narcissism in state leaders (US-Brazil-UK), lack of empathy for the marginalised, their politics based on polarisation and hatred, disregard for science (like not wearing masks or following social distance guidelines, the language of domination) only show deep moral deficit in leadership. It is nothing else but toxic masculinity," he says.

The sooner it starts, the better it is for the child and the family in particular and society in general, just the way Sonu's mother did in the film. "Efforts to challenge conventional gender stereotypes and biases by developing greater empathy towards the opposite gender(s) through gender sensitisation workshops are an effective way to deal with it. It has to be done at an individual, family, institutional and societal levels," says Tilwe.

Anand agrees and adds that as is the case with correcting everything that can be described as something more and something less, toxic masculinity can also be corrected by balancing the flows.

Read Also
Bamboo rice: The next superfood that can boost your health and well-being 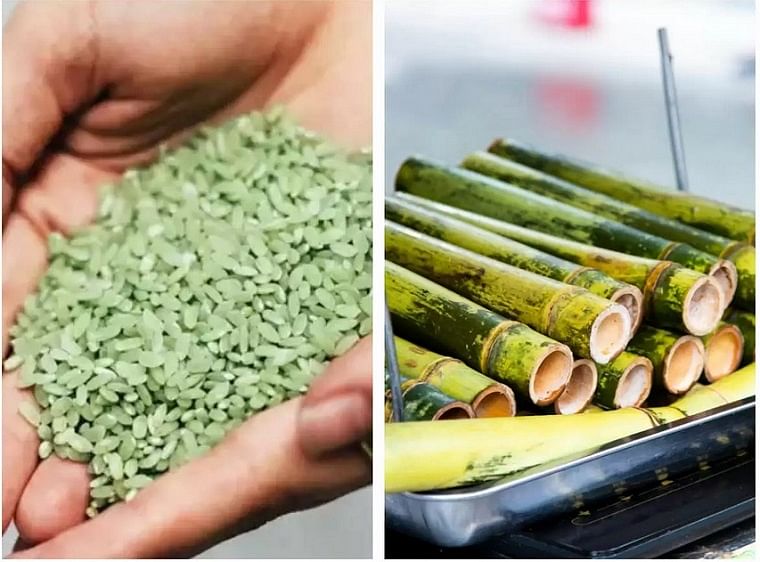 "The male individual who already feels that being masculine is to show masculinity adds toxicity and a male individual, under pressure to prove his masculinity also adds toxicity more so destroying the self. For the former, toxicity can be reduced by looking at the world and its ways through the eyes of near family members not necessarily the female members but could also include one’s own brother or dad."

For the latter type of male, struggling to make himself accepted as per the standards of masculinity, an open society not critical of a person’s decision to lead a particular way of life is probably the most important change.

Like Sonu's mother in the film, it is important to nip the problem in the bud. "Such behaviours should be discouraged. A young boy starts displaying them than validating them or ignore. Upbringing should stress the fact that all members of the family are equal irrespective of gender. The gender biasing of characteristics, interests and abilities should not be done like boys don't cry, stitching/cooking is for girls, etc," explains Mudgal. 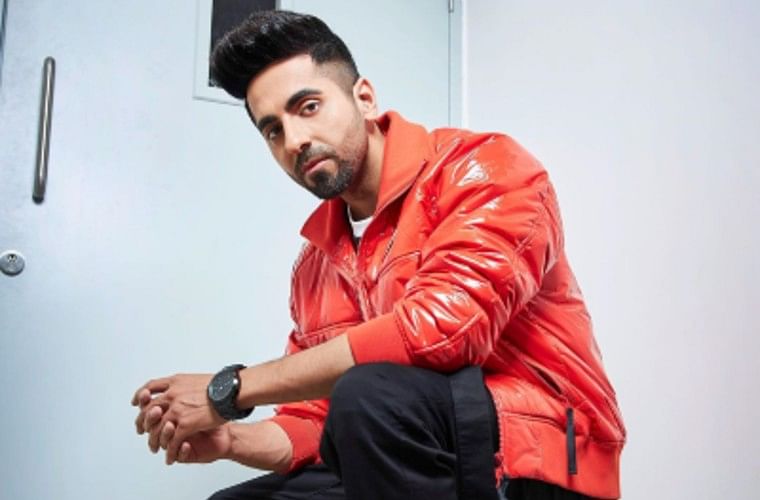 HomeWeekendHere's how to tackle toxic masculinity