'It’s important to understand the vastness of cultural and folk musical instruments in India,' says Nush

Your heart will melt when you see harpist Meagan Pandian and harpist, singer, and songwriter Nush Lewis at a concert, sitting angelically behind the world’s most glamorous instrument producing the most exquisite sounds.

Nush was born and raised in Kuwait and later moved to India. She moved to Bengaluru to pursue degree in media, literature and psychology and then Chennai to take up music production in the KM Music Conservatory in Chennai where she joined as a vocal major. It was here that she heard the harp. One class with the harp led to another and soon Nush was hooked to the instrument.

The harp is like a piano but without the hammers and the black keys. There are different kinds of harps, pedal and lever harps, but in the Western music realm there is the concert pedal harp, Celtic folk lever harp and the Paraguayan harp. Harp sizes can range from eight strings to 47 stings. “I have a 36 string folk lever harp. It doesn’t occupy much space as it’s an instrument that stands vertically,” states Nush. 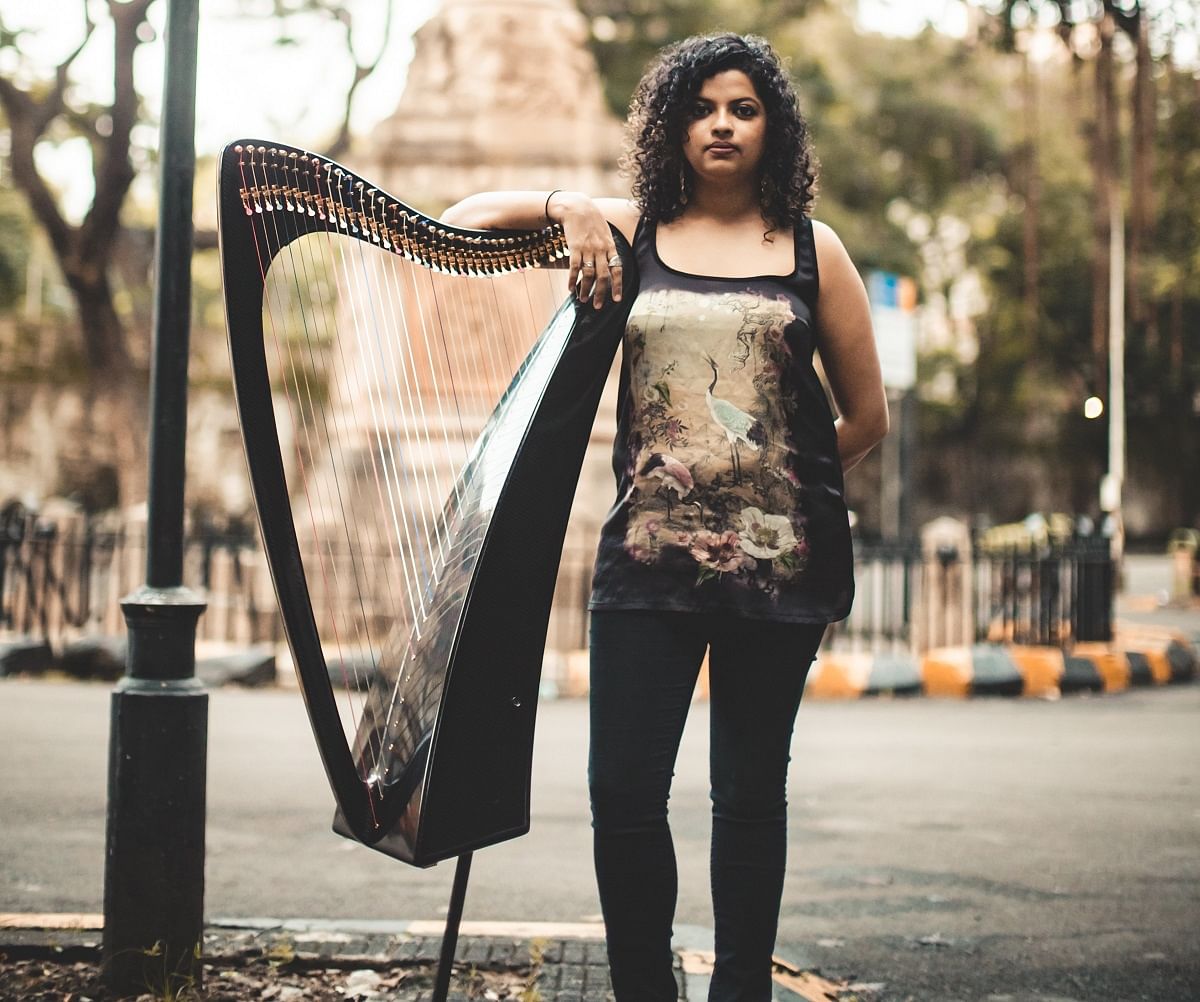 Meagan on the other hand began playing the keyboard in church and also sang in the children’s choir. “Having to play before a church full of people almost every day was great training for performance,” says Meagan.

As a seven-year-old, Meagan had no idea that people still played the harp until she watched Greg Buchanan play Amazing Grace. “I was enthralled with the way he played the instrument. The memory of his performance stayed with me,” states Meagan.

Many years later in Nice, on a scholarship for piano, she was at a multi-instrument summer school where she saw students moving around with their harps, getting harp lessons and even giving tea recitals in the canteen area. “I couldn’t believe my eyes or my ears. Even as a musician it had never occurred to me that this was a possibility on the harp. I was hoping I would find someone from India who could teach me. But, to my dismay, there were none.”

Read Also
'Our main goal is to spread Indian poetry': MAPStudio India gives a glimpse of its process in... 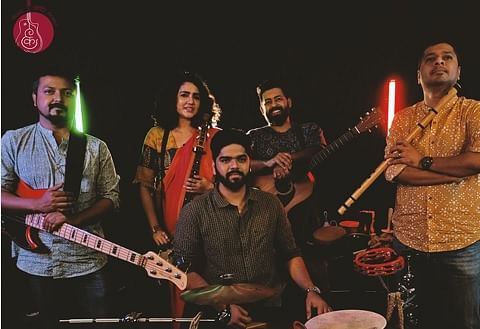 Back home, she managed to find a teacher who tutored her for a year. Then she continued to self-learn and learn with visiting artistes and online. Meagan has performed with popular artistes like A.R.Rahman, Shankar Mahadevan, Stephen Devassy, the Bohuslav Marinu Philharmonic (Czech Republic), Bombay Chamber Orchestra and the South Asian Symphony.  She was also awarded The Young Musician of the Year 2014.

Nush, whose real name is Anoushka, had her first performance in Mumbai in 2011 for Sid Coutto’s solo album launch Sunny Side Up. She followed it with a six track EP Fused in 2015 with producer Ayan De. In 2017, she started her arts education company Offset, to support arts education and creative development. In 2019 she released Bridges, her second EP that contained five songs, an art collaborative concept piece with artiste Vaishnavi Kumar. “I’ve also collaborated with Whirling Kalapas, Chandana Bala and Sanaya of Sandunes. With Chandana, I got to tune my harp to a Raag and play a composition of hers. With Sanaya, it was using the harp sonically in a different way.” Nush is currently gearing up to release her third EP, Forgotten Verses.

Read Also
Brian Tellis on International Blues Music Day: 'The blues is one of the earliest storytelling genres... Meagan is proficient in both the pedal and lever harps and owns two pedal and two lever harps. “I have a room in my house completely dedicated to music instruments,” says the young mother of a two-and-a-half-year old. To popularise the harp, she started the ‘Harp India’ project on social media, gives lectures, and recitals across the country.

Unlike other musical instruments, the harp has few takers and teachers, as the instrument is not available freely in India. Meagan is the only musician-tutor who teaches the harp professionally in Mumbai. “I think with a certain amount of exposure to the instrument and the music, we could possibly see the instrument being sold here and hopefully have good payment plans in place so that it’s decently accessible to everyone,” says Nush. She hopes that the scenario will change one day and that the harp will be more affordable and many would be able to learn it.

“It’s important to understand the vastness of cultural and folk musical instruments in India. These are instruments that lent to the sound of the harp without actually needing such an instrument here. A good example would be the Santoor and Surmandal.” 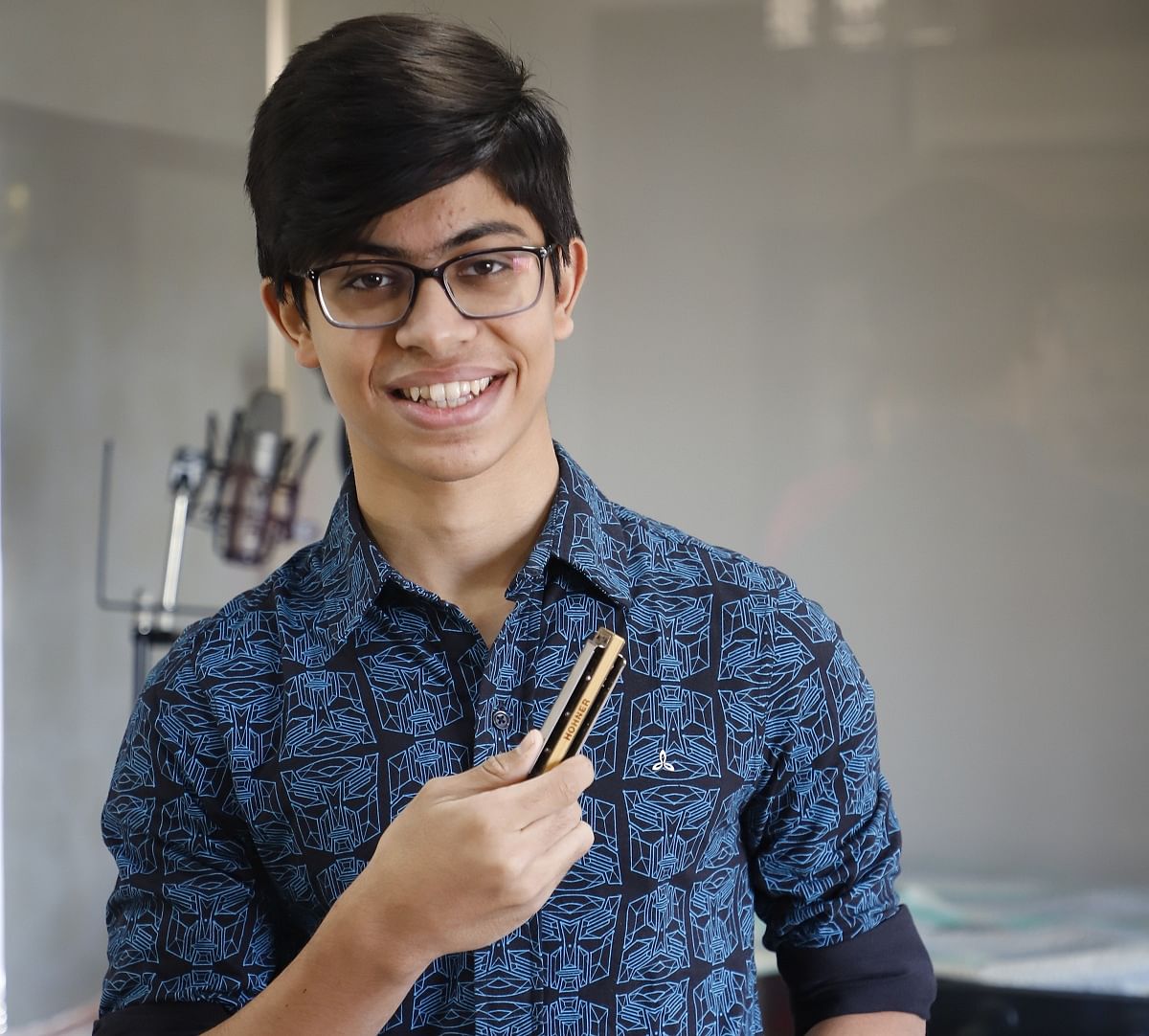