HomeWeekendBrian Tellis on International Blues Music Day: 'The blues is one of the earliest storytelling genres in music'

Brian Tellis on International Blues Music Day: 'The blues is one of the earliest storytelling genres in music'

In a sea full of Bollywood, classic rock, Indi pop and metal heads, the interest in blues music was limited before the Mahindra Blues Festival came along in 2011

It was Shillong’s Soulmate that set the ball rolling in the promotion of blues music in 2003, by playing a music genre that cynics thought would never work in India. If you ask Rudy Wallang and Tipriti Kharbangar why they chose to play the blues, they’d proudly say “the blues chose them”.

Wallang recalls joyfully the words of Anand Mahindra, who stated that if there was no Soulmate, there would be no Mahindra Blues Festival. “I think that goes a long way in saying that the blues was always there in mainstream India, it’s just that there were not enough bands playing until Soulmate came along and made it mainstream.”

In a sea full of Bollywood, classic rock, Indi pop and metal heads, the interest in blues music was thus limited before the Mahindra Blues Festival came along in 2011. When MBF took place, the sounds of an electric guitar being shredded at the concert, soulful vocals and unmatched showmanship, showed that there were Indian musicians who were keeping the blues alive. 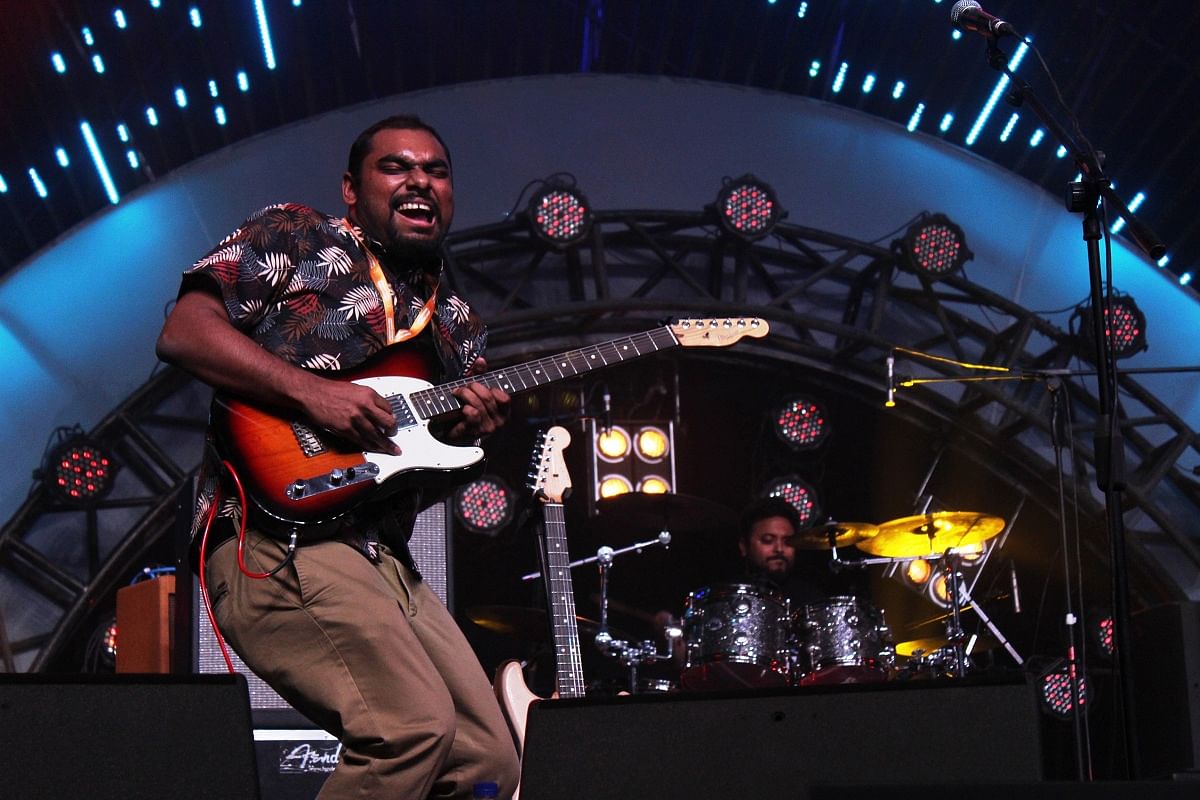 “The blues is one of the earliest storytelling genres in music,” states Brian Tellis, Founder of Radioactive Ventures. “The festival also has a blues band platform where new bands are showcased at every festival,” he adds.

The pan-India Blues Band Hunt gave several unknown blues bands like Arinjoy Trio, Quiet Storm, and BLU, a stage to showcase their brand of original blues songs at the festival. The response to the festival, he says, has attracted audiences of all ages, with Indian bands matching up to global standards.

To create more awareness of the blues, Tellis’ radio show, Tellis Like It Is, features music by blues artistes. Shillong too has a radio station that plays an hour of blues, jazz, and soul music. “That’s more than enough to bring young people together to tune into the blues,” says Wallang. 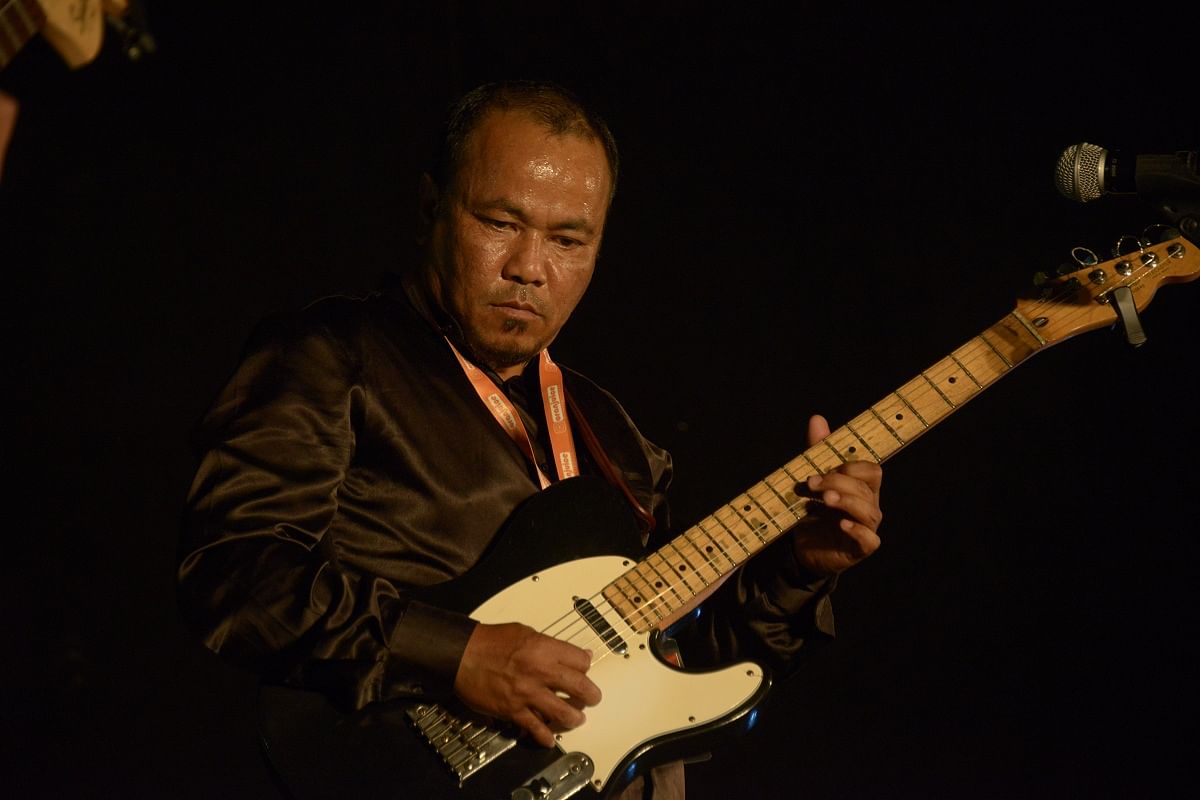 “In Shillong even before International Blues Music day was even heard of, we were playing the blues and we celebrated the blues once a year,” says Wallang. He recalls that years ago he had across a Facebook post by world renowned blues musician Johnny Childs from New York, who wanted to establish an International Blues Music Day. “For this, you needed a minimum of 10,000 people. I helped him by getting about 2000 signatures. Thus IBMD came into being and was fixed as the first Saturday in August every year," states Wallang. However Wallang is not calling his gig IBMD, its labeled as the 10th Shillong Blues Music Celebration, due to copyright issues.

Besides an online competition where they have a winner performing, the
attractions also include a blues workshop and the live gig. “So we have artists coming from Indore, Delhi, Kolkata, with our own home ground bands like Blue Temptation, Quiet Storm and a few others. So it’s a great way to keep the blues alive”.

Arinjoy Trio recently released their debut album on vinyl. “The idea was to reach out to vinyl lovers who adore our kind of music and have not parted with the practice of spinning a record.” Early in the year Soulmate too had released a collection of their Best Of on vinyl.

Read Also
Sidharth Kadadi's 'The Guitar Journal' is an easy beginner’s guide for those who want to learn... 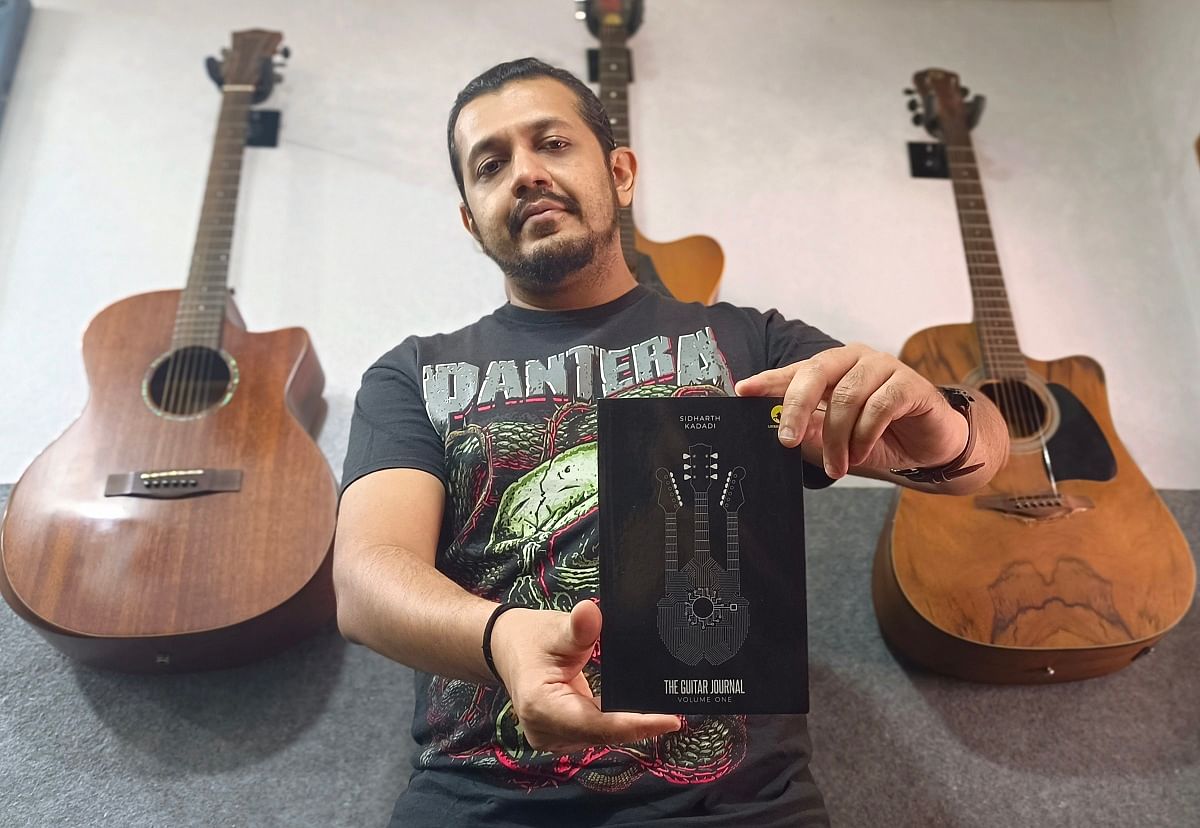 While the world celebrates International Blues Music day with special shows, concerts and gigs, Mumbai had a gig last night by the Adil Manuel Collective, who performed a set of blues covers by international blues artistes.

Guitarist, composer, and producer Adil Manuel who is curator of the event, has also organized Jazz Day in the past and the Blues day was just another passion project for him. “I’ve been doing this for eight years now including an online version during the pandemic. Being an independent artist, it is really hard to get things moving especially with a big lineup with artists like Samantha Noella, bluesman Subhash Kamath, and others. I am eternally grateful to all at antiSocial, Lower Parel. Boss man Riyaaz Amlani and his team have been huge supporters of live music. Without them we wouldn’t have come this far with these two properties”.

While he’s got the support of the venue, he still feels that the need of the hour is to get more venues to strongly support/pay well for good music. “This also means we need corporates to regularly support the blues and jazz scene. Most of us are not in the influencer/YouTuber category which seems to be the corporate favourite picks”.

Women also play a significant role in today’s blues. Kanchan Daniel (and the Beards), a psychology educator by day and blues singer by night, is an amazing vocalist. “I think women, in general, have carved a niche for themselves irrespective of the genre both nationally and globally. I think it is a genre that has to keep finding its place amongst the plethora of music that exists today,” says the cancer survivor. According to Delhi-based Pranai of BLU, blues music has definitely been on the rise, but a lot needs to be done to spread and help the younger generation to understand the importance of the blues. “There has to be more festivals and venues that will support the music, just like they support other genres of music,” says Pranai.

Starly Chullai of Quiet Storm seconds it when he says, “Blues is the roots of almost every music genre, it tells a story or expresses an emotion, teaching people to live a good life.”

The future of the blues is definitely in the hands of the next generation. With a lot of participation from the general public, the blues will become like any other music genre. Blues fans are why the blues remain alive and why the genre is getting stronger than ever.

Read Also
World Jazz Festival is back in India for its second edition; details inside