Woman drops cigarette butt out of car, man hailed as ‘hero’ for throwing it back inside! 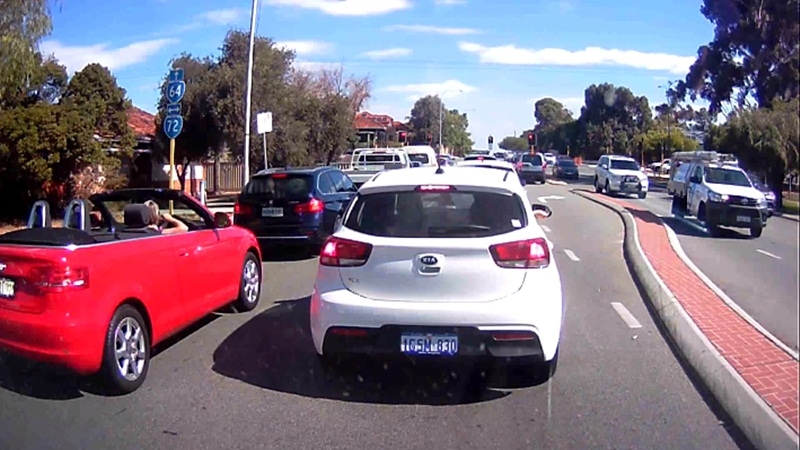 Civic sense or rather the lack of it has been widely discussed. Somehow it is an undisputed fact that people don’t seem to care much for it. A man in Perth is being hailed as a “hero” on social media after he confronted a woman for throwing a cigarette butt out of her car.

According to reports, the incident took place in Churchlands, a suburb of Perth. The entire incident was captured by a dashboard camera and shared on Facebook by Magnus Hand. The video shows the woman drop her cigarette butt out of the driver’s window of her white Kia hatchback. Angered by the woman’s actions, Magnus Hand then exits his vehicle, picks up the woman’s cigarette butt and throws it back into her car.

“So I was at the lights and this poor lady’s cigarette accidentally fell out of her hand onto the road. Being the gentleman I am, I got out picked up the cig and kindly returned it to her,” Magnus posted on Facebook. After the video went viral on social media, Magnus was hailed a hero by many users. Some even wrote comments like, “I’m voting you Australian of the Year.” One user wrote, “Wish we had of seen her face… Priceless. This guy is a legend.”