The video comes after after derogatory 'Sulli Deals' site surfaced, followed by an app targeting Muslim women by the name of Bulli Bai emerged last month.

After the cases of derogatory Sulli Deals and Bulli Deals, targeting Muslim women took the whole nation by shock, another similar incident that is doing rounds on social media has left everyone stunned and disgusted.

In a video, whose authenticity is unknown, a group of boys and girls can be see holding a clubhouse discussion. The virtual meeting, similar to the recent cases of 'Sulli deals' and 'Bulli deals' demeans Muslim women.

#SulliDeals and #BulliDeals are just the tip of the iceberg
Here a bunch of young híndú girls and boys are discussing on @Clubhouse on how violating a Muslim girl is equal to building 7 temples.
I bet such discussion are a regular in drawing rooms and at dining tables of Híndús. pic.twitter.com/xahfiEiiqg

The video was posted on Twitter by a user @Tanvir_Ansari features a group of young boys and girls casually discussing about violating Muslim women. One of the men can be heard saying that every Muslim girl is ultimately a Hindu. His statements are cheered by other participants in the discussion by chants of 'Jai Shree Ram'. The man can also be heard saying that Muslim girls will do gharwapsi, when Hindus will marry Muslim girls and will convert them into Hinduism. The group further mocks Islam and Muslims and claim that 70 percent of the Muslims are 'anyway converted' since the religion was 'founded only 2000 years ago'. A man further states that having sex with a Muslim girl will wash away all their sins and that they will get reward equal to building seven temples by doing so.

The video comes after after derogatory 'Sulli Deals' site surfaced, followed by an app targeting Muslim women by the name of Bulli Bai emerged last month. 'Bulli Bai' popped up on January 1, with a number of pictures of women including journalists, social workers, students and famous personalities, accompanied by derogatory content. 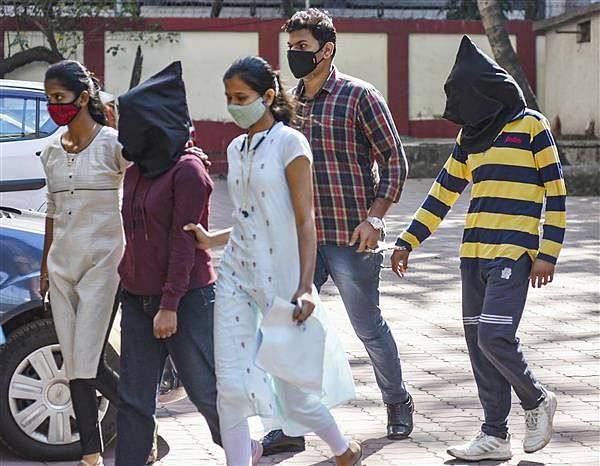