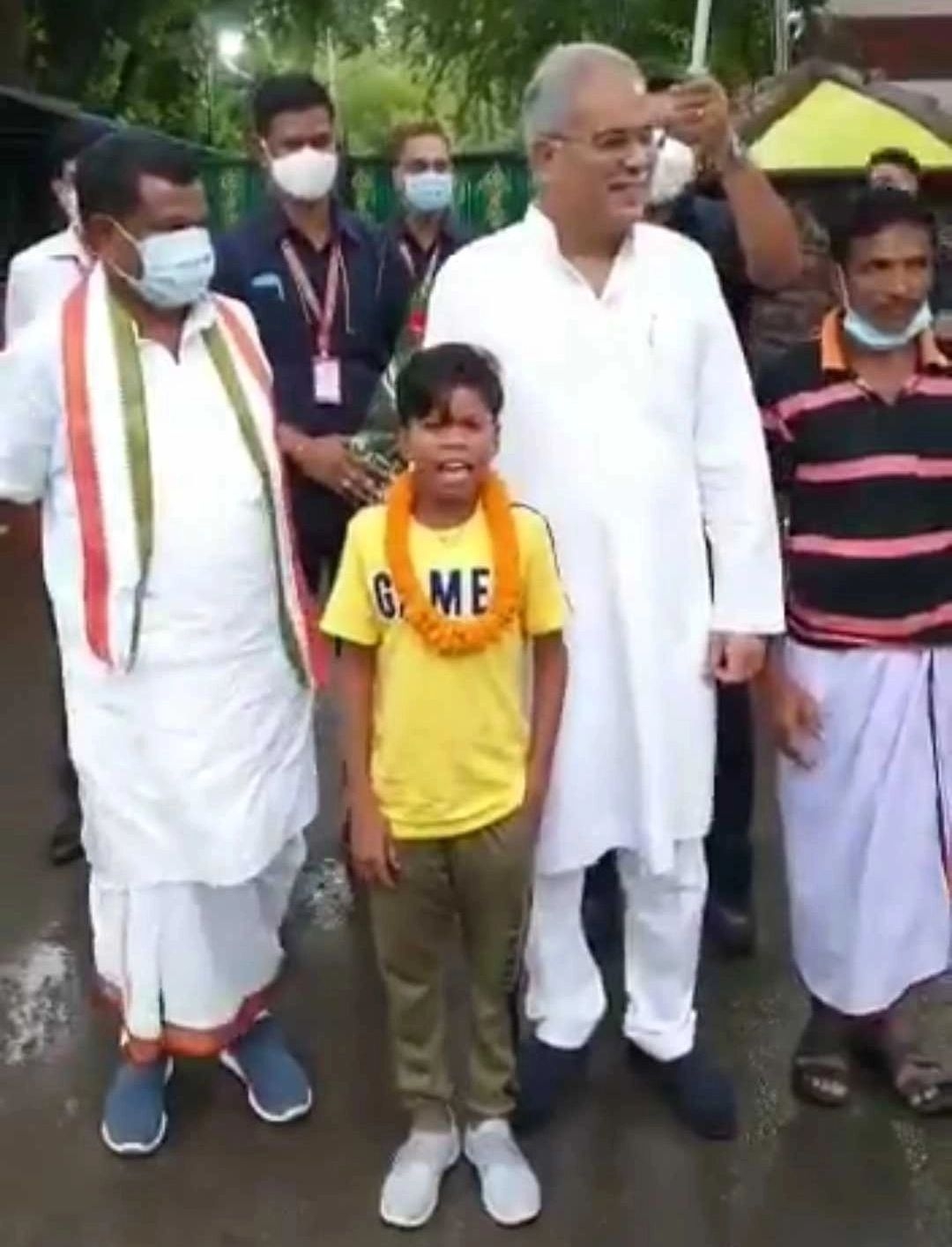 In the video shared by CM Baghel, the boy could be seen standing with the CM and his aides as he sings the song.

Chief Minister Baghel had earlier wished Sahdev good luck for his bright future in a tweet.

Just after his song was uploaded on social media, it went viral on the internet. Thousands of memes were made and shared on all social media platforms.

Earlier, Bollywood popular rapper Badshah to connect him and he offered the little champ to come and meet him and Chandigarh. Badshah also offered him an opportunity for a duet song.