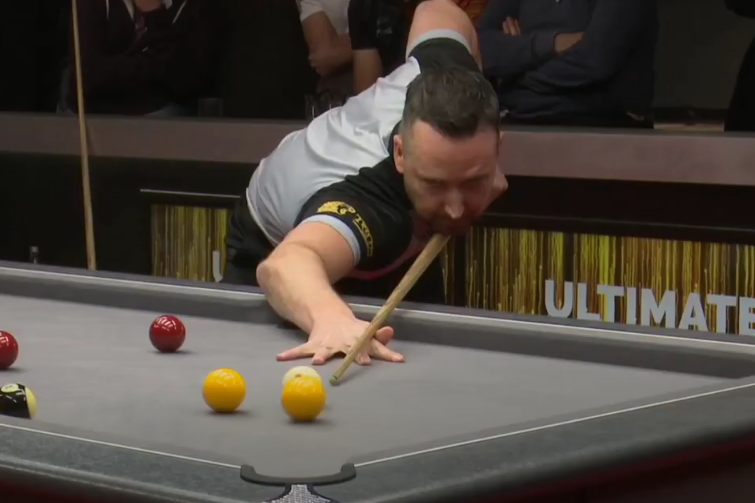 Gareth Potts who is a four-time world champion eight-ball pool player and three-time World Master in Chinese eight-ball pool game, as won the hearts of sportsmen as well as netizens with his unbelievable timing.

If anyone needed proof of how stunningly good Gareth is, then this video has it all. In a recent video went viral we see the champion pool player cleaning up a game in under 30 seconds. As he clears all balls in a span mere 28 seconds, he himself is seen amazed of his achievement.

A back-to-back European junior champion and a world junior champion in 2000, Potts appeared destined for greatness on the baize from an early age. Gareth Potts is has been winning the WEPF World Rules World Championship in 2005, 2007 and 2008. He was also IPA World Blackball Professional Champion in 2014. He also won the 2000 Junior World Pool Championships.

According to Ultimate Pool, In 2005 he claimed the biggest title in the sport when he defeated Chris Melling 11-7 in the Blackpool final to win his maiden world championship. Potts regained the trophy in 2007 when he denied Mick Hill 11-5 in the showpiece clash, and twelve months later he created history when he dispatched Jason Twist 11-4 to become the first player ever to defend the title and win it on three occasions. In all three of these finals, the Stoke-on-Trent sensation had got the better of previous winners.

Over the past several years, Potts has carved out a very successful and popular career in Asia playing Chinese 8-Ball, where he won the World Chinese 8-Ball Masters in 2013, 2014 and 2017, as well as the 2018 US Open in Los Angeles.