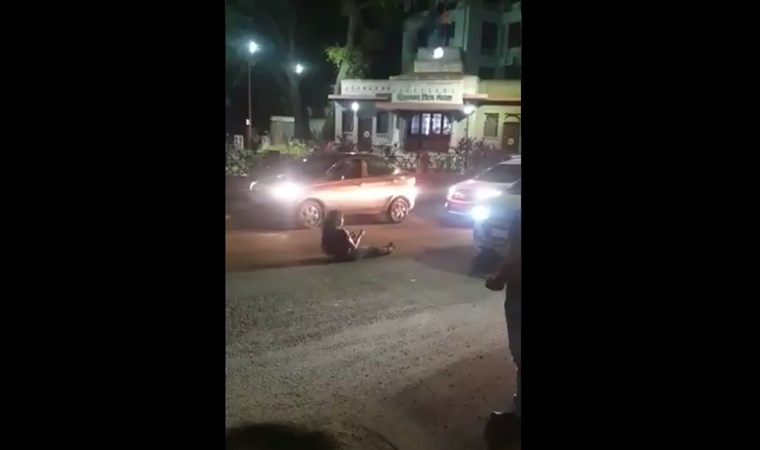 A video of a intoxicated woman creating ruckus and trying to block traffic at Hirabaug Chowk on Tilak Road on Tuesday night has gone viral on social media.

According to reports, the woman lay down on the road and tried to block the traffic. The incident took place on Tuesday night at around 10.30 pm at Hirabaug Chowk on Tilak Road.

Seeing her lying down on the road, people gathered and asked the woman to move aside from the road, but she didn’t budge. The locals then informed the police. After receiving the information, police officials rushed to the spot and pulled the woman aside. Later, they took the her to Khadak police station.

According to a report by punekarnews.in, the police have not taken any action against the woman yet.