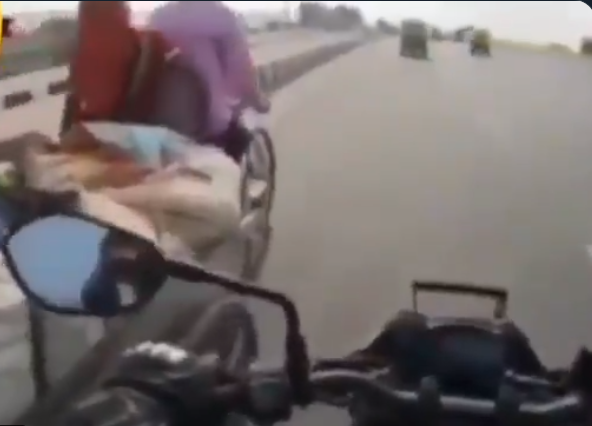 A video of a biker helping a couple pulling a loaded rickshaw on a bridge has gone viral. The biker requested the lady to sit on the rickshaw and pushed it with his bike till they reached the main road.

The biker has garnered praises from netizens on social media. Former India cricketer Virender Sehwag also took to Twitter to laud the biker who helped the couple.

Sehwag is known for his activity on social media, where he actively tweets about ongoing matters across the world. The former opener is also known for his witty tweets.

After the first Test match between India and Australia, which ended in the former's worst ever defeat, Sehwag summed up the clash with a witty yet ridiculous tweet.

Sehwag was at his cheeky best as he listed all the scores of Indian batsmen in the second innings and he put them together as an OTP to forget this performance from Virat Kohli-led side.

Virat Kohli-led side might have had a 62-run lead entering the third day of the first Test, but the side squandered the advantage as the batsmen failed to rise to the occasion and Australia made light work of the visitors.

As India record their lowest score in Test cricket, fans lashed out Kohli and his team.