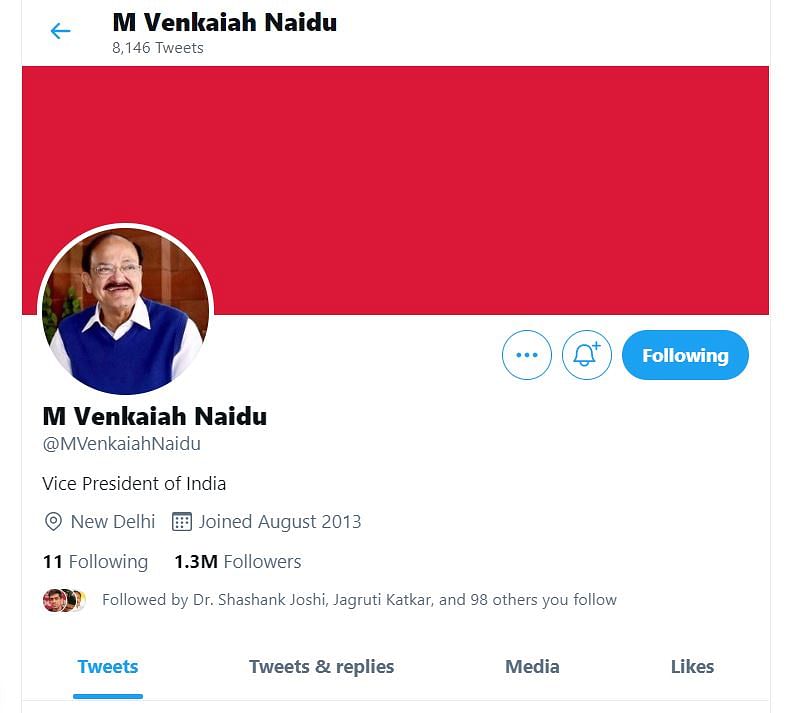 No matter what ideological or political side they may be on, Indians on Twitter are presently united in their annoyance with the microblogging platform. For some, it began with the abrupt removal of the verification badge from Vice President M Venkaiah Naidu's personal Twitter handle. And for others, the anger came as Twitter eventually restored the all important blue tick. But without any actual involvement whatsoever, the VP has now managed to unleash a strange new trend.

You see, Twitter contends that the tick had been removed because his account had been inactive since July 2020. "As per our verification policy, Twitter may remove blue verified badge and verified status if account becomes inactive. Badge has been restored," a company spokesperson was quoted as saying.

Irate Twitter users are now busy making lists. Of people whose accounts have retained their blue ticks while remaining inactive, and of others who have lost their blue ticks in recent months. And while we're not quite sure where this is going, the hashtag "Twitter ban in India" has made a comeback.

Some eagle eyed netizens also noted that the formerly blue-ticked profiles of personalities including RSS' Arun Kumar have now been relegated to ordinary unmarked levels. While this has happened sometime in the last six months or so, is not clear when or why this was done. Kumar however has not tweeted anything till date.

We feel compelled to note here that some users have tried to underscore their point by stating that the accounts of deceased personalities such as actor Sushant Singh Rajput or politician Arun Jaitley still have their blue ticks.