While there were many comments on the post from the netizens in appreciation, the decision to cast Sushmita Sen as a transgender person was not well received by some of the social media users

Sushmita wrote on her post along with her picture, “Nothing makes me prouder & more grateful than to have the privilege of portraying this beautiful person (Transgender activist Gauri Sawant) & of bringing her story to the world!! Here’s to life & to everyone’s right to live it with dignity!!! I love you guys!!! #duggadugga.”

Gauri Sawant, a transgender activist from Mumbai founded the 'Sakhi Char Chowghi Trust' in 2000, an NGO that provides counselling to transgender people and promotes safe sex.

She has been featured in 'Vicks ad' as a transgender mother who raised an orphaned girl to break the stereotypical representation of third gender.

She built houses for sex workers near Kharghar with the amount she won in Kaun Banega Crorepati Season 9.

The web series 'Taali' will show Sawant’s life, her struggles, and obstacles she faced to become India’s first transgender mother and affectionate mother-daughter bond as well.

Look at the comments of the Instagram users, in appreciation to the post shared by Sushmita Sen of her first look' as 'transgender activist' from her new web series 'Taali': 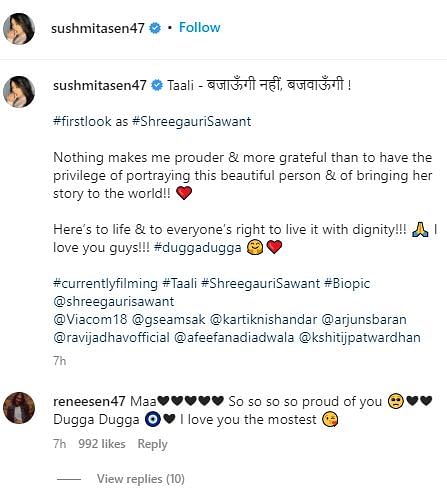 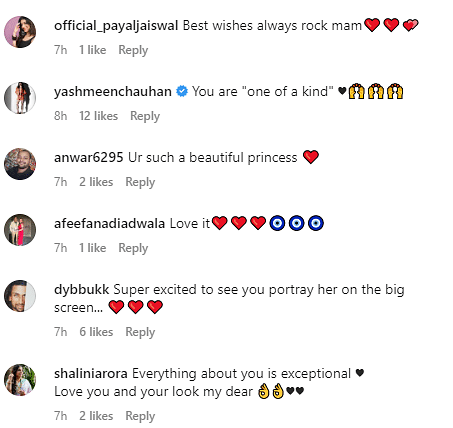 While there were many comments in appreciation, the decision to cast Sushmita Sen as a transgender person was not well received by some of the social media users. They felt an actual transgender should have essayed the role.

What do you think?

Is it okay that Sushmita Sen portrays role of Gauri Sawant, the transgender activist or should the director must have given a chance to an actual transgender to play this role?