Social media, recently, took to trend #PradeepMehra due to a 19-year-old McDonald employee Pradeep Mehra, running on roads of Noida during the midnight hours. However, the reason behind his run is much more than mere exercise, it happens to be a part of his preparation towards the aim of joining the Indian armed forces.

Pradeep, who was amidst his 10km run way back home, came to the eye of filmmaker Vinod Kapri. Kapri took to strike a dialogue with the Indian Army aspirant, and uploaded the video of the same on Twitter.

Later, several netizens reacted encouraging the Uttarakhand based teen who opined after going viral, "World bows down to hardwork...”

Lt. Gen. Satish Dua (Retd.) appreciated the efforts of the boy and offered help. He wrote in a tweet, "His Josh is commendable, and to help him pass the recruitment tests on his merit, I've interacted with Colonel of KUMAON Regiment, Lt Gen Rana Kalita, the Eastern Army Commander. He is doing the needful to train the boy for recruitment into his Regiment. Jai Hind"

Even singer Badshah, who stood by Bachpan Ka Pyaar Sahdev Dirdo wrote in reply to the viral video, "The future of our country is in great hands. Blessing to this kid." 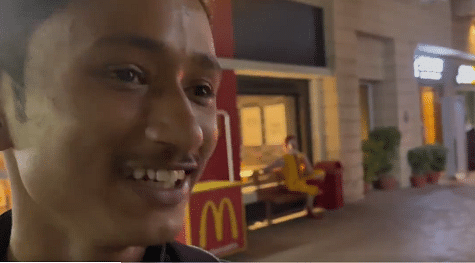