BJP leader Devendra Fadnavis made the stunning announcement after calling on Governor Bhagat Singh Koshyari along with Shinde in the afternoon.

In a political bolt from the blue, the Bharatiya Janata Party on Thursday said it will support a new minority government led by Shiv Sena rebel group leader Eknath Shinde, who will be sworn-in as the Chief Minister of Maharashtra here this evening.

BJP leader Devendra Fadnavis made the stunning announcement after calling on Governor Bhagat Singh Koshyari along with Shinde in the afternoon.

"We have submitted a list of entire BJP MLAs, the group led by Shindeji, 16 Independents and others, with more still joining us, to the Governor," the former Chief Minister said.

Accordingly, Shinde will be sworn-in alone as the CM at 7.30 p.m. and the cabinet will be expanded later to accommodate MLAs from both sides.

Shinde, on his part, said he would work for the progress and development of the state "which had practically halted since the past 30 months of the previous government", and reiterated that he would follow the ideals of Bahasaheb Thackeray's Hindutva.

He also thanked the BJP and Fadnavis for their large-heartedness in supporting his prospective government.

Fadnavis said: "I will remain out of the government, but I shall do everything possible to make the new government a success on all fronts, and resume the developmental activities that had stopped in the past two and a half years."

Earlier, in the past 9 days, the rebel camp had repeatedly asserted that while Fadnavis would be the new CM, Shinde would be the Deputy CM, but the latest developments put to rest all the claims.

Fadnavis pointed out how in the MVA rule, Hindutva and Veer Savarkar were "insulted" daily, and on the last day in office, the cabinet took decision to rename Aurangabad as "Sambhajinagar" and Osmanabad as "Dharashiv".

"After the Governor's letter (on floor test), the CM Uddhav Thackeray should have not held any cabinet meeting... We (however) support the renaming decisions," he said.

Fadnavis also noted that despite around 170 legislators getting elected after the BJP-Sena contested the 2019 elections jointly, the Sena decided to join the NCP-Congress Maha Vikas Aghadi alliance.

"In such circumstances, Shinde, who is the Sena party group leader, took a firm resolve to break the alliance with NCP-Congress. Instead of taking cognisance of the MLAs' sentiments, Thackeray followed the NCP-Congress," he added.

He said there were questions being raised about fresh Assembly elections but said Shinde and BJP will give a stable alternative government to the state.

Responding, Shinde expressed gratitude to the 51 MLAs for standing behind a humble leader like him amid all the big names, and assured that he would do the best of his abilities for taking the state ahead.

"Fadnavis has displayed magnanimity by giving me the CM post despite the BJP having the highest number of MLAs," Shinde added, addressing the media alongside Fadnavis along other leaders.

Read Also
'Will beat you on the road of Malabar Hill after MVA collapses': Former Mumbai mayor Kishori... 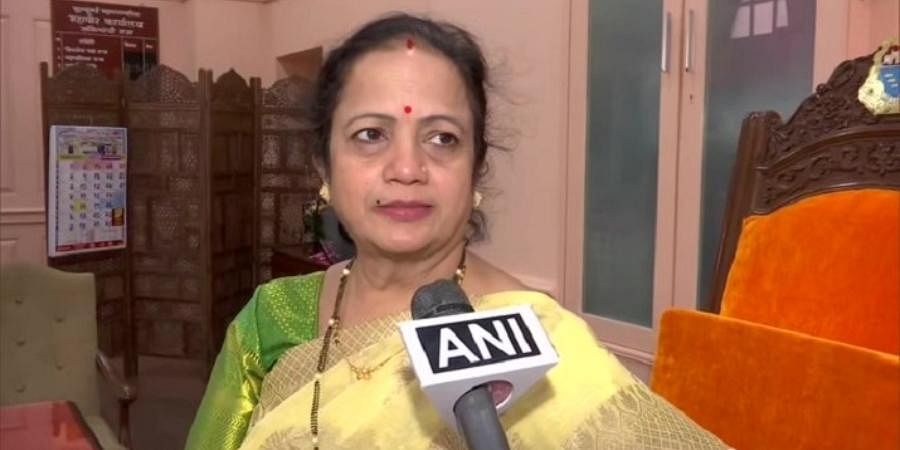