Maneesh Sethi hired a woman to slap him to get more productive and loosen up social media addiction.
FPJ Web Desk 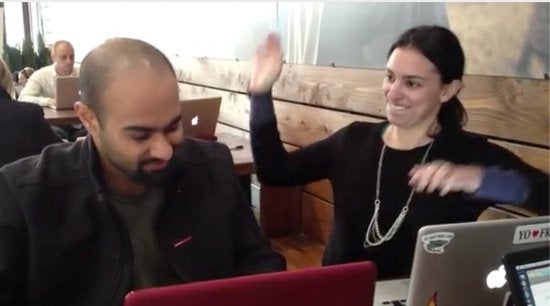 Are you looking for a unique job? We all mind have been at some point of life ended up in checking newspapers, websites and apps to catch a great job offer. But, one can never imagine about this weird one.

No one would have thought about being hired to merely slap a person. Almost a decade down the lane, Indian-American entrepreneur named Maneesh Sethi went to Craigslist which is an American classified advertisements website, hired a woman for USD 8 an hour to slap him believing that it could make him more productive.

Earlier this month, a Twitter user @Rainmaker1973 shared Sethi’s story on the micro-blogging site Twitter which then went viral with over 11,400 likes. It was not only found to be a bizzare one by netizens, it notable also left Elon Musk impressed.

The NDTV read, 'A photo of Mr Sethi being slapped by Kara for opening Facebook recently resurfaced on Twitter and caught the eye of Elon Musk. The CEO of Tesla and SpaceX responded to the picture with two fire emoji. The emoji is used to signify something cool or awe-inspiring.' While Mr Musk's tweet has racked up nearly 10,000 'likes', it left Mr Sethi with more questions than answers.

"Is Elon Musk giving me two emojis the highest I'll ever reach?" he asked in the comments section, wondering if the emoji were meant to signify his "'Icarus flying too close to the sun' moment," tweeted the Indian-American entrepreneur.

Oh hey, I'm the guy in the picture! This was the foundation for a company I built, @pavlok , which zaps customers (with electric shock) for sleeping in or wasting time on facebook. Nice.

It is very common to find ourselves using the social media during work and at times compromising on productivity. Similar was with Maneesh Sethi, a who believed that he needs to be less socially networked and more capitalistically productive.

According to India Times, Maneesh Sethi's now-viral experiment became the inspiration for the company he built named Pavlok. He took to Twitter to explain that Pavlok shocks its customers for sleeping in or wasting time on Facebook.

Maneesh told Vice, “It made me realise I suck at working by myself so I needed someone who would make me work. So, I went to Craigslist and put up an advertisement titled ‘Slap me if I get off task’ for $8 an hour.”

Watch him being slapped by the hired employee, right here: