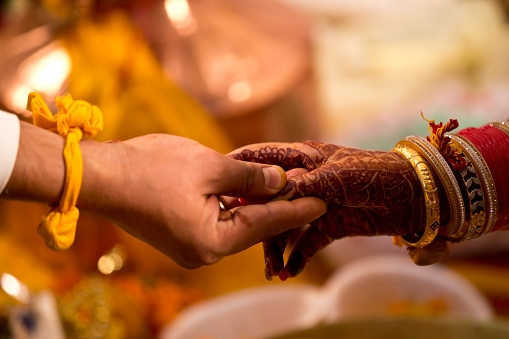 A hassled groom had to seek police help to get his marriage solemnised in a remote village of Pratapgarh district.

The incident was reported on Saturday night from Narsinghgarh village under the limits of Kunda police circle in Pratapgarh where a group of villagers, including the bride's family, cordoned off a marriage party and started assaulting them.

Trouble began when the groom's friends continued to dance for more than half an hour after reaching the bride's house while her family members waited for welcome ceremony.

Inspector (Kunda) Rakesh Bhartiya said that a team of Kunda police rushed to the spot when the groom Raju, came to the police station and said that some unidentified villagers had cordoned off the marriage party and assaulted few of them.

Police said that the groom was sitting inside the car while his friends continued to dance for more than half an hour. When the people from bride's side requested them to stop dancing and come for welcome ceremony, they started to fight.

A this, some of the villagers from bride side cordoned the marriage party and assaulted few guests.

On seeng trouble, the groom along with some his friends fled and went straight to Kunda police station.

Later, the marriage was solemnised in presence of police.