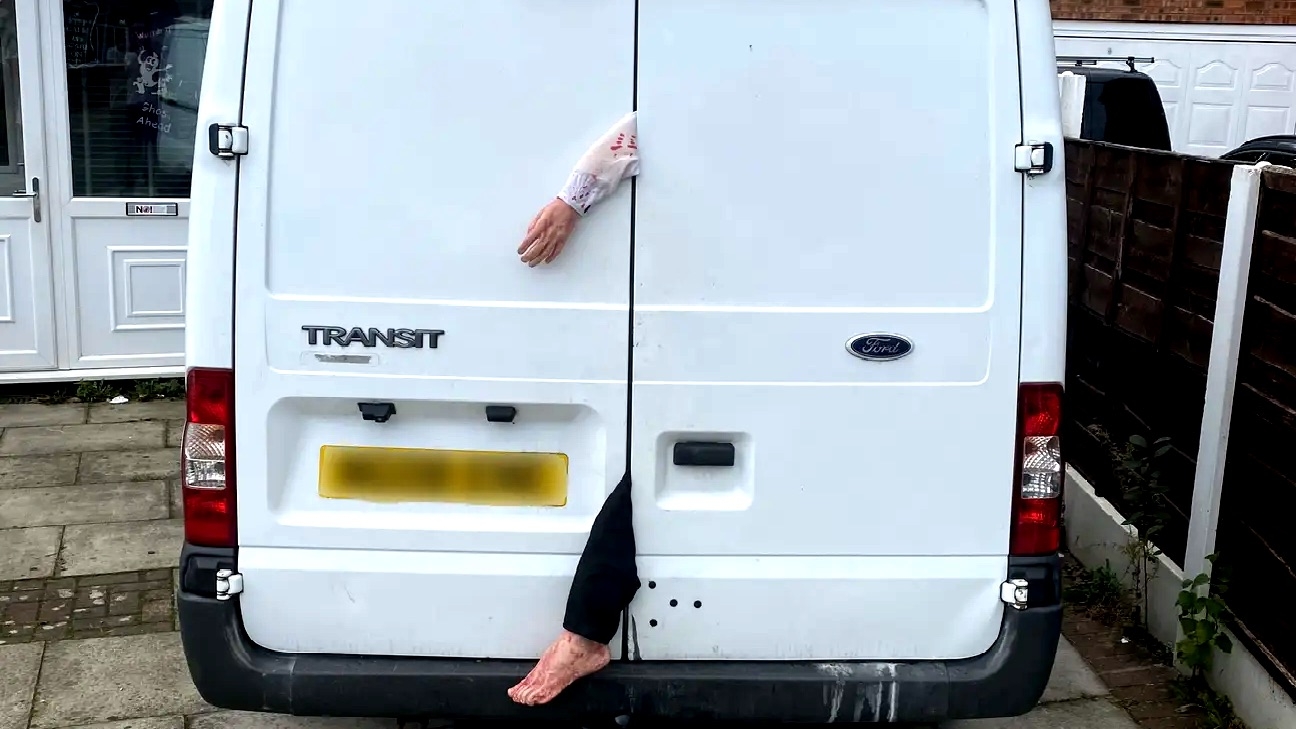 With Halloween just around the corner, people have started taking things a tad bit seriously as this time, the police were called to a property after allegations of a 'kidnapped' male, but it turned out to be a failed Halloween prank, that too, using a plastic arm and leg.

Before driving over to meet his father in Urmston, Greater Manchester, Darren Houlker forgot that he'd left the holiday decorations hanging from the back of his van. When he observed a police officer at his house through his Ring doorbell video, the 49-year-old had a fright of his own.

He realised the police officers had probably shown up to investigate a possible kidnapping after rushing back to the van.

He told the media, "Because it was windy as I was driving down the road, I think the arm and leg were moving. That probably added to it. Somebody behind must have thought someone was asking for help. "The prank's gone perfectly, but I didn't expect it to go that far. Maybe it went too far, but it's all good fun. This hasn't put me off at all. I'll leave it on the drive."

The Halloween tradition originated with the ancient Celtic festival of Samhain, when people would light bonfires and wear costumes to ward off ghosts. Soon, All Saints Day incorporated some of the traditions of Samhain. The evening before was known as All Hallows Eve, and later Halloween.