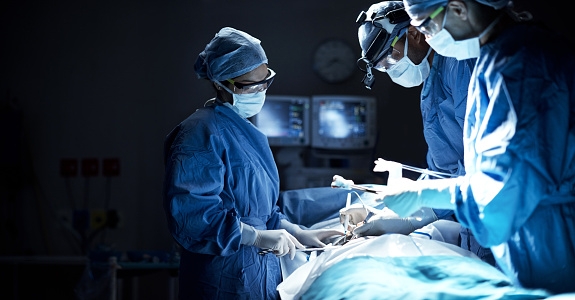 In a rare surgery doctors at the state-run SSKM Hospital here removed from the lungs of a 12-year-old boy a small plastic whistle which he had accidentally swallowed and managed to survive with for 11 months, a senior doctor said on Friday.

Raihan Laskar, a resident of Baruipur in South 24 Parganas district, had accidentally swallowed the plastic whistle in January while eating potato chips, doctors at the Institute of Otorhinolaryngology and Head and Neck Surgery in SSKM Hospital said.

"After that whenever the boy tried to open his mouth the shrill sound of the whistle would emnate. His parents did not initially realise the difficulty he was facing, but when he went to a nearby pond they found that Raihan could not remain under water like before for even a minute. He was facing trouble and complained of chest pain and breathing problem," a senior doctor of the hospital said.

His family members then took him to National Medical College hospital in the city but the doctors there could not help him.

"My son did not tell us about the accident. He told us about it only he started having problems breathing. After doctors at the medical college could not do anything, we tried everything to help him but but his health condition deteriorated. We then took him to a local doctor in Baruipur who found that Raihan had started having infections and referred my son to SSKM hospital," the boy's father said when contacted.

The boy was taken to the Institute of Otorhinolaryngology and Head and Neck Surgery where doctors under Prof Arunabha Sengupta operated on him on Thursday.

"We conducted the necessary X-Ray and CT scan to locate the whistle inside the lungs and administered necessary medicines to stabilise his condition. The surgery to remove the whistle was carried out after it. We carried out a bronchoscopy and then using an optical forcep pulled out the whistle from the body organ," a senior doctor of the hospital said.

The boy is stable now, the senior doctor said.

"I am happy and relieved now. I am indebted to the doctors of SSKM Hospital. It's because of them that my son is alive today," his father said.